By Robbie Wood on July 23, 2012 in News
These are now in the Olympic Village after spending several weeks with LPS.
They were:
Micronesia: John Howard, Mihter Wendolin and Rendy Geminaro(Official)
Palau: Ruby Gabriel, Rodman Teltull and Carson Olgerill(Coach)
Marshall Islands: Hayley Nemra, Timmi Garstang
John, Mihter, Ruby, Rodman and Timmi joined Ray and Trisha`s sprint training group and Hayley John Bradshaw`s endurance squad.
The liaison person from Edge Hill was Hannah Bridge who did an excellent job.
They have all expressed their gratitude to the club for the very warm welcome they were given. They were impressed with the quality of our set up.
Charles Gains and Wally Bridson took them to Liverpool for a day out and they clearly fell in love with the city!
There was a farewell dinner for all the Micronesian contingent in the North West held at Edge Hill University and attended by the Mayor. Charles and Wally represented the club.
The Committee agreed to make all of the above members of Liverpool Pembroke and Sefton and they were each given a club vest and a medal. They were extremely pleased with this and will wear the vest in the Olympic Village and when they get back home.
Footnote: In addition to Michael Rimmer LPS can now claim to have six more members of the club at the London Olympics! Watch out for them.
Charles Gains 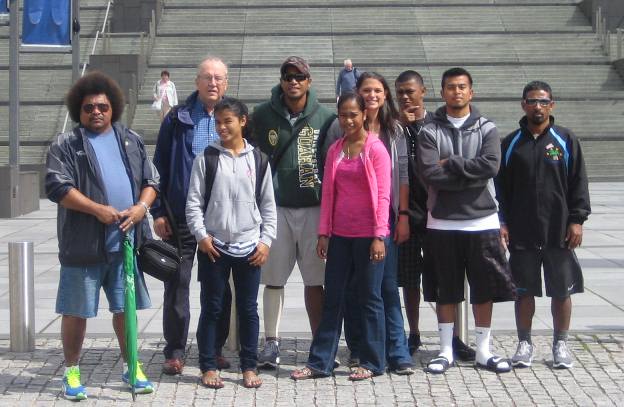 The Micronesia Olympic squad on the steps of Liverpool Metropolitan Cathedral with Club Secretary, Wally Bridson 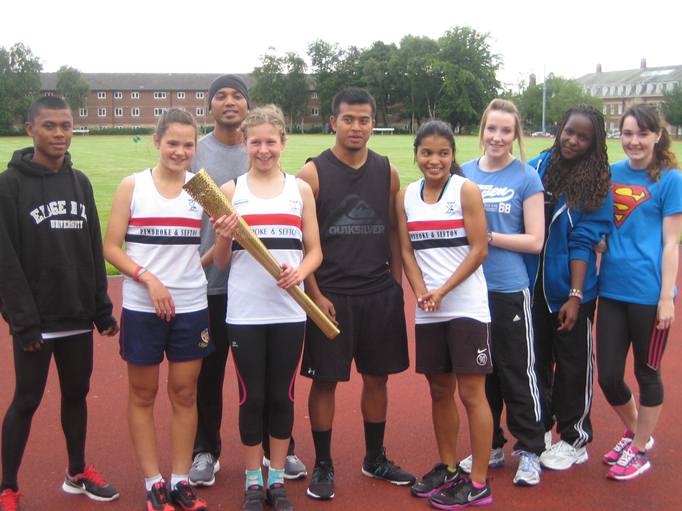