You are here: Home > Rory Storm

I have added a page on the history section about a young steeplechaser Alan Caldwell who ran for Pembroke in the mid 1950s to early 1960s. Alan was a gifted athlete and popular with his teammates who sadly was to have an all too short but very interesting life. However its not through athletics that most people outside of the sport remember him but through his successful career as the lead singer of ‘Rory Storm and the Hurricanes’ with who Ringo Starr played the drums before being pinched by the Beatles to replace Pete Best.

Alan was to die tragically in 1972 at the age of 34 and now 40 plus years after his death, Charlie Gains and I thought its maybe worth bringing Alan to the attention of members who may not know the Alan Caldwell story.

Alan Caldwell was a useful 3000m Steeplechaser with a personal best in 1959 of 9.28 (We could use somebody that good in our present club side). He donated a trophy for this event, winning it twice himself of course! This trophy is called the Rory Storm Trophy and is of considerable historical significance because of the name on the trophy which bridges sport and popular music. It is now lodged in Liverpool Museum. Older members will well remember this likeable character. Please read the tribute. 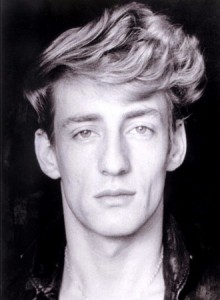