You are here: Home > Helen selected for World Duathlon Championships

Helen Sahgal has been selected to represent Great Britain in this year’s World Duathlon Championships to be held in Penticon, British Columbia in August. Her selection has come after a qualifying round held last weekend in Bedford in what were horrendous conditions. With snow and sleet throughout the competition, conditions were so bad that 21 athletes had to be treated for hypothermia. A 5K race was followed by a 21K cycle before a 2.5K race to finish. Despite being disorientated with the cold on the final run, Helen finished as 10th lady but second in her age category. This was sufficient to secure her
selection which is a tremendous achievement. 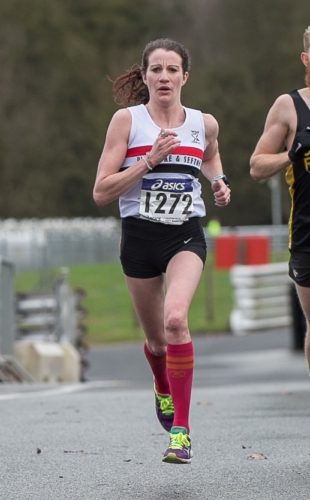 Helen Sahgal on her way to victory