You are here: Home > LPS Ladies first and second at Tunnel 10k

The annual Mersey Tunnel Run took place on Sunday with over 2,500 entries. The race started on the Liverpool side of the Mersey before entering 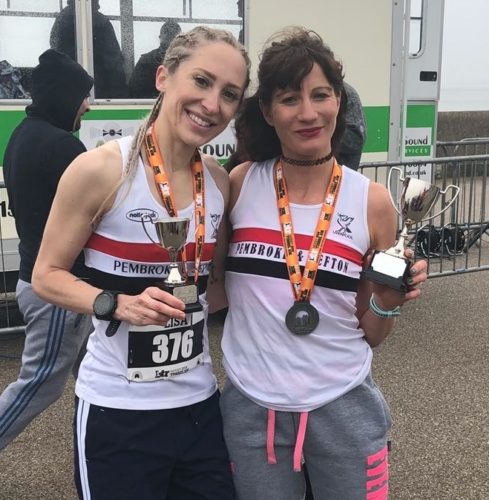 the tunnel after 1Km. It was a steady ascent for the next 2K before the athletes saw daylight on the Wirral side. The final 5K from the Wallasey ferry terminal took the runners alongside the river Mersey before the finish on New Brighton promenade.
It was a 1-2 for Liverpool Pembroke & Sefton runners, Helen Sahgal and Lisa Gawthorne. Helen ran her fastest time of the year for a 10K(38.1) to finish 22nd overall, but first female runner. Lisa wasn’t far behind, finishing in 32nd place in a time of 39.39. Steve Lennon finished 70th overall but 7th in the over 40 category in a time of 43.03 min.

A number of LPS youngsters made the short journey to Wavertree to compete in the annual Liverpool Harriers Throws & Jumps meeting. After his success last week, Matt Ingram continued to extend his pb’s. Victory in the triple jump saw him break the 14 metres barrier for the first time (14.02m) and extend his lead at the top of the club’s U20 rankings. A new pb was also set in the long jump with a leap of 6.82 metres. U15 Martha Simms too, improved on last week’s performance, narrowly missing out on breaking through the 5 metres barrier, to finish 4th in the long jump with a leap of 4.96m. There were pb’s too for U17 Scarlet Whitfield with jumps of 4.37m in the long jump and 8.94m in the triple and also for Aurora Dunne with 4.15m in the long jump. Erin Birchall finished 3rd in the same competition with a season best of 4.96m. Imogen Ayre was consistent as ever in the U17 high jump with a third place finish (1.45m), while U23 Jenny Pyatt again broke the 40 metre barrier to win the discus (40.44m) 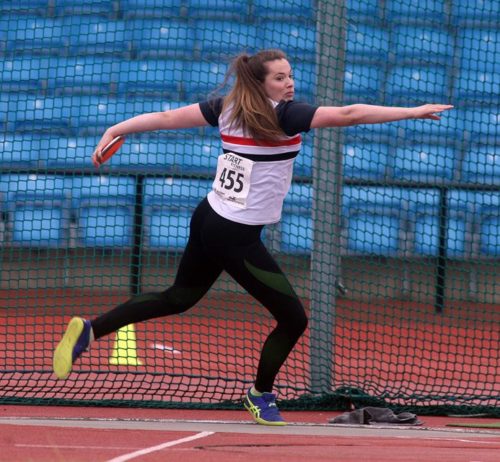 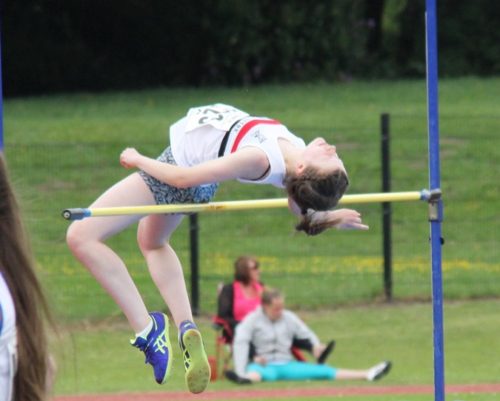