You are here: Home > Charlie Doyle 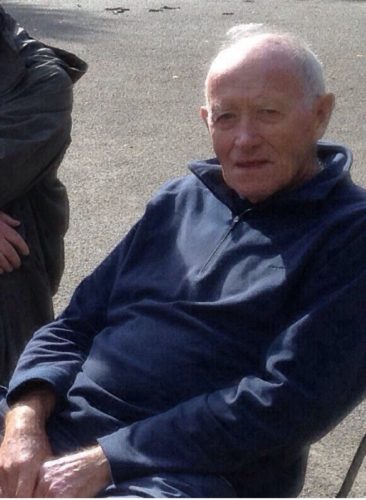 It is with sadness we record the passing of an old Sefton Harrier Charlie Doyle.

Charlie was a lecturer at Millbank College and took up running in his mid 40s  joining Sefton through colleagues at the collage who also ran for Sefton.  He was a regular for many years at the club’s training nights from Crawfords social club in Wavertree. Charlie ran in a number of the reinstated Mersey marathons during the mid 80s and 1990s. Charlie was still active in the early years of the merged club taking part in cross country and road races.

Charlie led a full and active life and was for many years a justice of the peace until he retired from that post at the age of 70. Charlie was still running in parkruns up to a few years ago  and was an active member of a walking group which included a number of old Sefton and Pembroke runners. 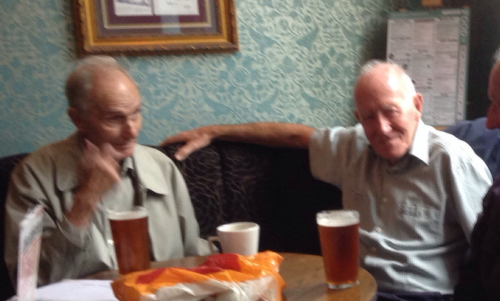 Frank Wilson (Pembroke) and Charlie Doyle (Sefton) enjoy old memories over a pint. We unfortunately lost both Frank and Charlie in 2018