After an exhausting week with victories over 5K and a Half Marathon it might have been expected that Kirsty Longley would have rested but a last minute decision saw her making an early start to beat the traffic. The decision proved dramatic. Some of the best in the country were there including the legendary Jo Pavey The course was tough, plenty of hills, and windy to boot. Kirsty had a bad moment at 6K but a renewed burst of energy lifted her particularly as she caught sight of Jo Pavey in the near distance. Inspired she drive herself past the international and was on her hands and knees after crossing the finish line.

Overall she was 64th in 36.24, second in her age group (O/40) to another top athlete, Chloe Richardson of Birchfield Harriers(34.56). As she struggled to he feet she turned to see Jo Pavey cross the line in 75th spot with 36.50. It was a magic moment and as one observer said `something to dine out on for a long time’. At 41 Kirsty is having the season of her life.

A sign of the current strength of our current female squad we had three athletes wearing England vests at Birmingham Helen Sahgal who almost pulled up mid race with a stitch was third in her age group(O35) in 39.32 which will hopefully get her a place in the England team later this season. Although not happy with her run of 41.46 Lisa Gawthorne (O35) was not that far off and was seventh in her category. Lisa and Helen has made tremendous progress in the last couple of years and the hard work is now paying off with England vest 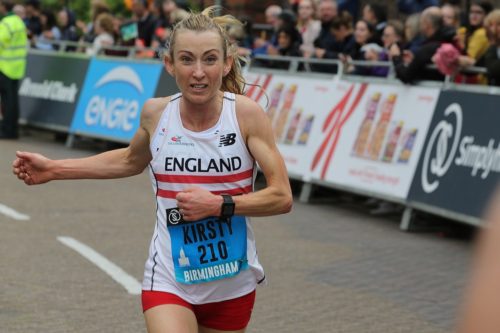 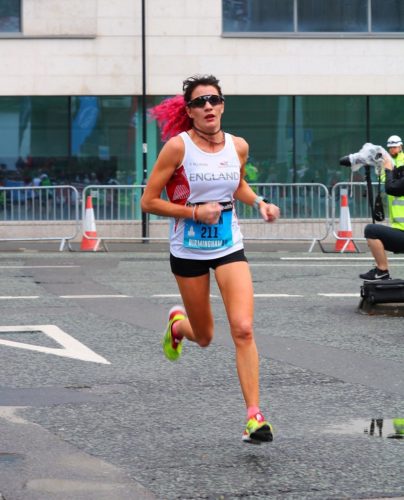 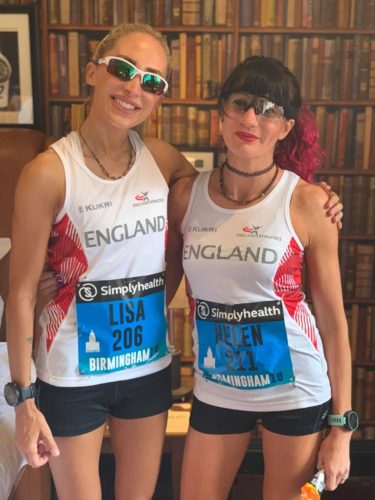 ← Double act deliveries
Kirsty pick up another half marathon victory →