Those who trained at Kirkby in the early to mid 1990s will probably remember Tommy as a no nonsense coach who was extremely generous with his time and commitment to his athletes.

Tommy came from a competitive cycling background and he was not without ability winning many local road races on the bike during a long career. Tommy got involved in running in the 1980s and although he recorded some decent performances as a runner he never reached the same level as he did on the bike.

It’s probably as a coach most people in athletics will remember Tommy bringing his knowledge of endurance cycling to our sport and recognising the transferability of those cycling training methods to endurance running. Initially he began his athletics coaching under the tutoridge of Ted Forshaw at St Helens. Under Ted’s guidance and encouragement Tommy always eager to learn quickly rose through the coach education scheme and helped deliver coach education for the North West. Tommy enjoyed nothing more than a lively conversation on the pros and cons of different training methods.

When the club relocated to Ormskirk Tommy continued to coach his group at Kirby until ill health forced him to cut back on his activities. In his later years Tommy retained his interest in the sport and was always available for advice if it was sort. Tommy was still in regular contact with some of his old running friends and would meet up on a regular basis until the lockdowns got in the way in 2020 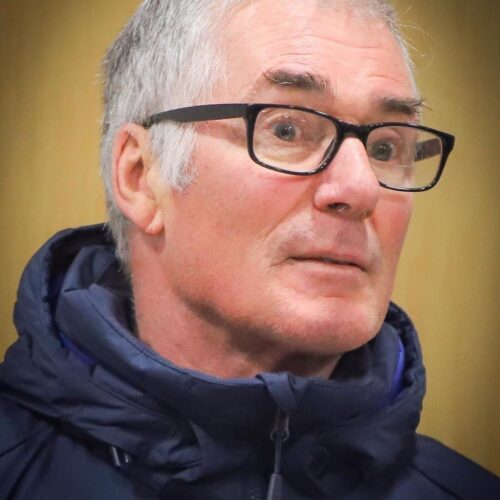