You are here: Home > Rosie amongst the best

Rosie amongst the best

Liverpool’s Sefton Park was once again the venue for the McCain’s Cross Challenge series of races including the European Trials. The best in the country turn up for this one and it is a tough test for local athletes. Once again Liverpool Pembroke Sefton’s Rosie Johnson demonstrated her potential and was always in the leading group. At one point she slipped a few places but another stunning finish carried her to 7th spot in the Under 15 race and less than half a minute off the winner. This will give her great encouragement for the post-Christmas championships. Another star in the making is Morag Molyneux who looked great in finishing 16th in the U13 event. Kirsty Longley was a little off colour but her 56th in the Senior Womens race was a good result in such class company. Leading LPS athletes elsewhere were  U11 Luke Dee(41st), U13 Mathew Richardson(30th), U15 Ben Singleton(52nd) and U17 James Loftus(61st). There was a good turn out for the club in some categories which brooks well for team results in the Mid-Lancashire League when they are calculated.

Warren Turner was the only competitor in the U20 race finishing 76th. All the rest of the men were in the combined senior and U23 race. Here Toby Loveridge was looking for a high placing and will be disappointed by his 68th but he is still some way off full fitness. He was 5th in the Liverpool and District League match incorporated in this race. Other L & D positions were Sean Kirkbride(18), Ian Roberts(22), Kyle Nicholls(26), newcomer Stuart Haw(42) and veteran John Wealthy(50). These made up the team that finished fourth in the league, retaining their fourth overall position. There was a good turn out of others, Chris Pedder(58), Greg Callaghan(68), Danny Gilbody(99), Robbie Wood(103), Kevin Carroll(105), John Dobie(134) and David Reece(135).
L&D Sefton Park Results 2012 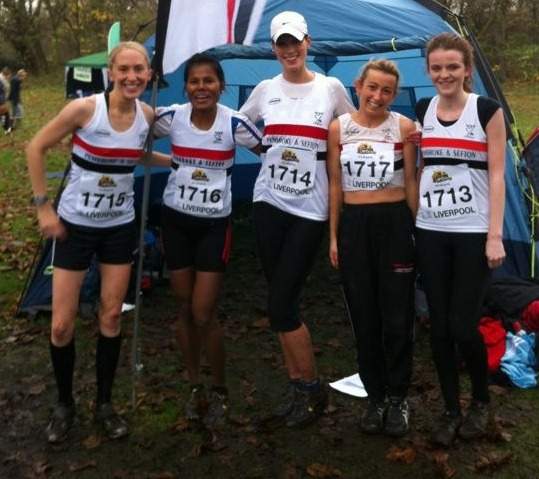