You are here: Home > London Marathon Round Up

London Marathon Round Up

Sammy Rashid, arguably LPS’s most loyal member, competed in the London Marathon and managed 390th placing and 37th in his Vet age group. His time of 2.46.56 is excellent. Additionally he raised over £1000 for his charity `Beating Bowel Cancer’.

Rosie Johnson`s time of 16.56 for 3 miles in the U15 Mini-Marathon raises her to third spot in the club all-time rankings.

After managing to do 3:04 in London two years ago, which was good enough to get a “good for age” place I decided that I would give it another go in 2013! 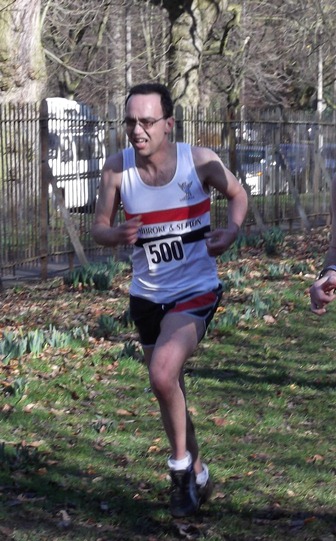 2012 wasn’t a great year athletically. I got back to some level of fitness after illness for a number of months and managed a 1:16 half in Paris in March that year, but then 2 weeks later a niggling achilles got significantly worse at the UK Masters indoor champs and this meant I was out injured until the end of November 2012.

December was a bit of a struggle, from jogs and harder runs to track sessions and a couple of local Xcountry races. Things got a little better in the last week of December so I decided to formulate a 16 week marathon program starting on 31 Dec!

The plan was to try and race myself into some sort of shape, and try and balance doing enough hard road miles to be able to cope with the marathon with not doing too many so as to get injured.

All the Cross Country races I attempted did not really go that well. I did a half marathon in Preston in January which went ok for 6 miles and then I slumped back down the field and ended up doing a 1:19.

In February I upped the mileage and did all the training I wanted to and despite a poor national Xcountry I had an encouraging 20 mile race in the first weekend of March and did 2.08. This was a turning point as I had no idea that I could run that fast for that distance.

I did another 20 miler in Hull 2 weeks later and managed a 2:05, though I did struggle towards the end because I went off far too fast. However, this was the point that I decided a 2.45 marathon was a possibility (this gets you a “championship” start for the next 2 years in London).

For the last month or so the training went to plan, so when I headed to London on Friday it was the first time ever that I had a completely uninterrupted marathon build up with no illness or injury. My plan was to try and run an even paced 2.45…so 6 min 17 secs per mile.

London is the best event I have ever done on terms of crowd, atmosphere and, in my opinion, is very well organised. If you are ever going to do a marathon, do it there! So on Sun morning it felt like Christmas Day when I was 7 years old…I could hardly sleep! A 6am start to get some food and then to travel from my friends’ house. Got there at about 8.30, so had an hour and a half to take it all in and just couldn’t wait to get going!

The first mile is always a bit of a lottery, I ended up doing about 6.06 and feeling very easy, I slowed down a bit, but then went too slow, then I went too fast again, it carried on like this until 10 miles. By this time I was on schedule and feeling relatively ok. The miles between 10 and 13 were the place where I messed up my plan by going too fast. I just found it hard to run at even pace. I tried to stay with people, but either they were going too fast or too slow!!

At 13 I was about 40 seconds too fast and knew I was storing up trouble! By 18 I was just about on schedule but was starting to struggle, I knew then the game was up and I knew 2.45 was not going to happen!! I found the next 6 miles a real problem.

The things that kept me going were the crowd in general, the people who knew me shouting encouragement, the fact people were sponsoring me and that people were watching my progress on-line.

By the time I got to 24 I knew I was going to finish, and even though I was going slower than most of the other parts of the race I felt a bit better. When I saw the finish clock I could see I would be close to sub 2.47, and just got in in 2.46.56. I was pretty angry with myself when I crossed the line, i basically thought I’d blew my best ever chance ofa sub 2.45!! I did the first half 3 mins quicker than the 2nd half.

However, I am now less angry and more happy. I found out I was 390th overall and 37th in the V45 category! I’ve had many many kind “well done” messages and because of doing the race I’ve heard from a lot of people I haven’t contacted for a very long time!

Will give it another go in 2 years time, assuming the body is still up to the job, I’ll be in the next age category then too!