You are here: Home > John Balmer

For those of us around in the late 1960s and early 1970s many will remember John as a gifted distance runner, his light ginger hair, slight frame and his effortless running action were the trade mark  of this popular athlete on the North West road running circuit. John featured strongly in most of the top events on one memorable occasion he finished second to the great Ron Hill in the Pembroke 20 in Huyton.  John began his career as youth running for Pembroke before falling out of the sport for a couple of years, by the mid 1960s John had rekindled his interest and he was back running again this time with Sefton Harriers, during this period  he set a new Sefton marathon record of 2.25.08 in 1967 at the Liverpool marathon when he helped Sefton beat Pembroke to the team prize. Norman Wilson recalls John and his trips to Rowen in North Wales during his Sefton days when they had training weeks there, running around the hills and roads of North Wales. By the late 1960s John was back running with Pembroke who had a very strong road running team and in 1971 he ran his best marathon time of 2.24.13 at Preston, a performance that ranks  John 6th on the club’s all time list.

John continued to race albeit with less frequency until the mid 1970s, he was however still to be seen at many events as a spectator. 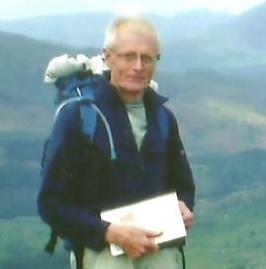