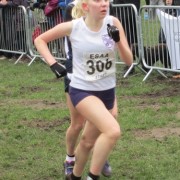 The prestigious English Schools Cross Country Championships came North to Blackburn`s notoriously tough Witton Park. After some successful years in this competition Liverpool Pembroke Sefton had rather lukewarm time. Inter Daniel Slater`s fantastic run of success came to an end even though his 18th spot would be considered respectable by most standards. His other Merseyside […]