You are here: Home > Jenny & Will break through the 40 metre barrier

Jenny & Will break through the 40 metre barrier

In the last major track & field competition of the season, the England Athletic championships at Bedford, Jenny Pyatt finally managed to break through the 40m barrier in the discus. Competing in the U17W event, Jenny’s throw of 40.56m was good enough to win her the bronze medal. In the U15B high jump, Kai Finch’s jump of 1.72m was agonisingly outside the medal positions by 4cm. Ed Latimer set two PB’s in his heats of the 400m with 50.35 being his best performance. Despite running 50.89 in the final he also was outside the medal positions.

The Ormskirk Park Run is growing from strength to strength and Saturday’s run saw 189 runners taking part, the highest since the run was started. Junior, Aaron Jarvis was first home in 17.26, followed by a resurgent Nathan Browne in 18.17(4th). There was a terrific run from veteran Greg Callaghan to finish 5th in 18.25, while Steve Lennon was 10th in 19.36. The trail will form the basis of the course being used for the North West Road Relays which are being held at the University on Saturday 12th September. 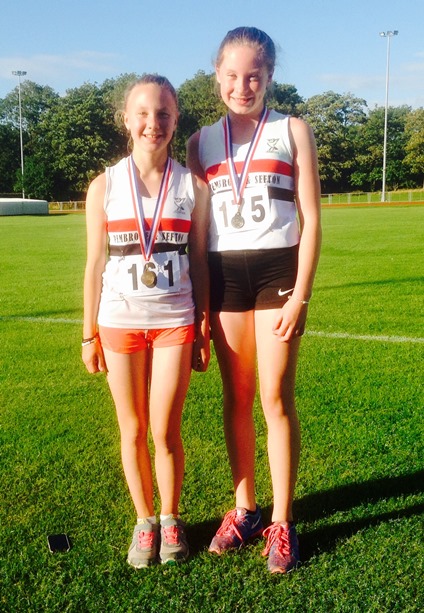 ← What next for Michael Rimmer?
Kia Finch best ever →