You are here: Home > Disappointment for Rimmer

Michael Rimmer was looking to claim his 8th British title in Birmingham at the weekend. There was also the added incentive of two automatic places up for grabs for the Rio Olympics. Michael had warmed up in Poland at the start of the week with a season’s best performance of 1:46.13 which had put him top of the UK rankings.
However, things did not go to plan. He won his heat on Saturday and was looking comfortable in the final with 200 metres to go. However, he was overtaken in the final straight and could only finish 3rd (1:48.78)behind winner, Elliot Giles (1:48.0)and Jamie Webb.
He will now have an anxious wait until July 11th when the GB selectors finalise the team for Rio.
Also, competing in Birmingham was LPS runner, Harry Doran. Coached by Eddie Bairstow, Harry is in his first full season as an 800m runner having moved up from 400m. Although 5th place in his heat (1:52.01)was not fast enough to qualify for the final Harry will have learnt from this experience.
Wally Bridson
LPS
Photos courtesy of Eddie Bairstow 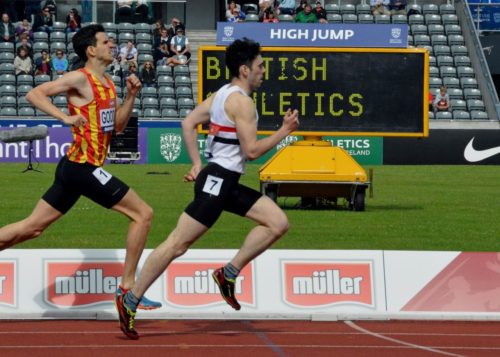 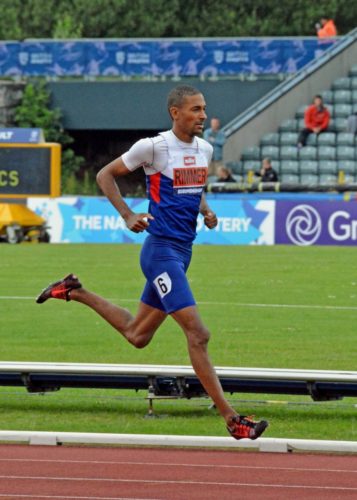