You are here: Home > Nationals provide a testing challenge

‘The Nationals’ are always an eagerly awaited event when the cross country fixtures are first published and this year was no exception. The U17 men’s team from LPS had dominated the local scene and were looking to do well at national level when they travelled to Wollaton Park in Nottingham on Saturday.

Although, well up with the leading group for a lap and a half, Dan Slater could not maintain it and slipped back to finish 15th. Dan Jones was struggling with a chest virus and soon discovered that you needed to be 100% fit in order to keep up with best and although he gave his all, he eventually finished 68th. The club’s other 3 runners had never competed at national level before and struggled on a gruelling course.Adam Jones (98), Ross Harrison (125) and Joe Gordon (169)completed the course to finish eighth team in a race dominated by southern clubs. They can take satisfaction from being the 3rd northern club and first from the north west which is no mean feat.

At senior level, the club had two O50 runners, Sammy Rashid(686) and Chris Pedder(986). It was quite a spectacular sight to see the 1800 runners spread out around the park. As the wind increased and the rain began to fall they had to battle the elements as well, but the club’s two veterans can be pleased with their performance. 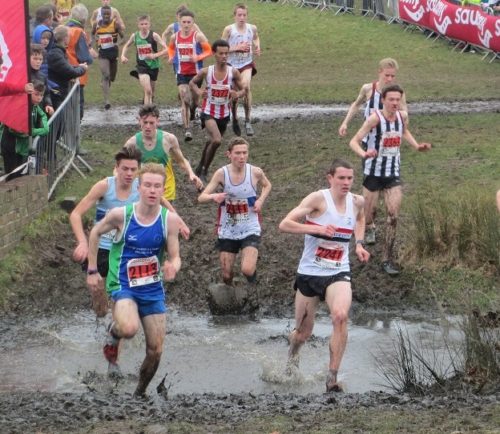 2241 Dan Slater in action at Nottingham 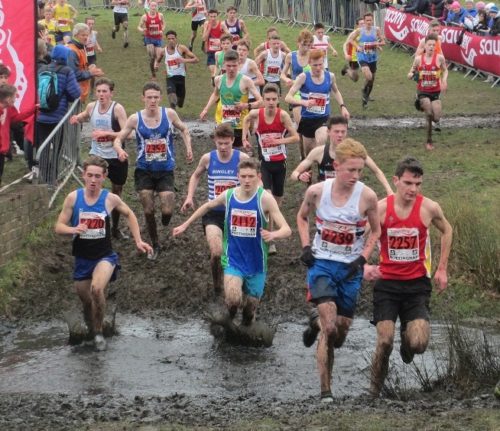 2239 Adam Jones in action at Nottingham