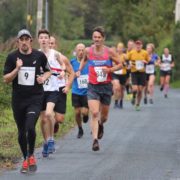 With the Senior runners having an elect representation at the National Road Relays, the fight for the headline grabber took place across the local races. Aintree racecourse was the first up on Saturday hosting the run through events 5km/10k/Half marathon on the looped course. Mike Gall started the ball rolling taking 3rd place overall in […] 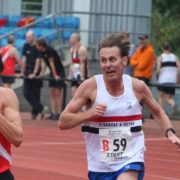 The Northern Combined Relays were again held at Manchester`s Sport City. Following the previous week’s success at the North West Relays, where overall second and first in the Merseyside Championships was secured by Liverpool Pembroke Sefton’s men, the question was how well would this figure in the wider, tougher Northern context. The answer became clear […] 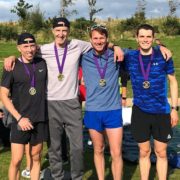 The North West Road Relays sponsored by Merseyside County and hosted by Liverpool Pembroke Sefton came to Edge Hill University. On a sunny day there was general appreciation of the facilities at the university, the course and the complex organisation that is required for this type of event. For the local club there was a […] 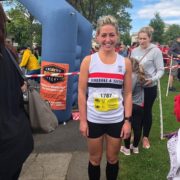 Impressive performances by LPS women on the roads

The Tour of Tameside is a series of four events held on successive days over demanding courses. It consists of a Trail 10K, a `Hell on the Fell’ 6 miles, a `Hero Half Marathon’ and culminates in the Hyde 7 mile Road Race. Over 40 miles of tough competition, originally an idea of the legendary […] 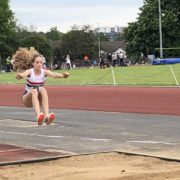 Division 2 of the Northern Track and Field League is a lot tougher than it first appears with only six teams per match and two certain of relegation a lack of concentration can result in the drop to a very different level of competition as Liverpool Pembroke Sefton has experienced previously. It was therefore a […] 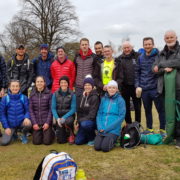 Another great run from Tiffany

The climax of the winter season is the National Senior 12 and 6 Stage relays at over the legendary demanding course at Sutton Park, Birmingham. Over 50 teams faced the starter for the Women’s six-stager with Debbie Campbell shouldering again the responsibility of lead-off. Demonstrating the courage she has displayed all season, she ground out […] 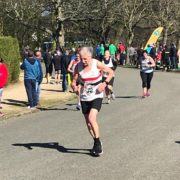 The Northern Mens 12 Stage and Womens 6 Stage Road Relays are a highlight of the sporting calendar and returned again to the excellent surroundings of Birkenhead Park. The sun shone on competitors particularly the Liverpool Pembroke Sefton contingent. The combination of short and long legs tests the capacity and resilience of the numerous clubs […] 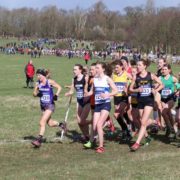 The Inter-counties Cross Country Championships were once again held at Prestwold Hall, Loughborough. The course was undulating and good underfoot although the windy conditions were not entirely helpful. Liverpool Pembroke Sefton Harrier`s representatives were spread over three counties and abundantly demonstrated their selections. Early up Tiffany Penfold, unable to run in the Under 20 event, […] 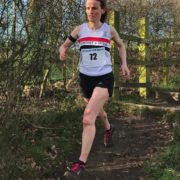 Debbie Queen of the Hill

There was a poignancy to the 49th running of the Parbold Hill race following the recent death of its founder Derek Dalton. The popularity of the race held over nearly 7 miles of tough hills and country he initiated remains undiminished and some 461 completed the course in perfect conditions. Superbly organised by Skelmersdale Boundary […] 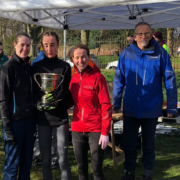 There was a buzz in the air even before the start of the Liverpool and District Cross Country Championships at Allerton. The Liverpool Pembroke Sefton club were fielding strong squads in both the men’s and women’s races. From the gun LPS was prominent especially Chris Maher who is having a stunning season. He could comfortably […]