Norman Wilson, who was one of the most influential figures in Sefton Harriers’ history during the second half of the twentieth century died in Whiston hospital on 25th February 2017, aged 85 years.

Growing up in Everton, Norman was a keen cyclist as a boy and found a liking for running during his national service in the RAF in the early 1950s. After completing an extended national service due to the Korean war, Norman returned to Liverpool and found employment working for British Rail, it was there he met Andy Bryrne a fellow runner who recruited him into Sefton Harriers in 1954. 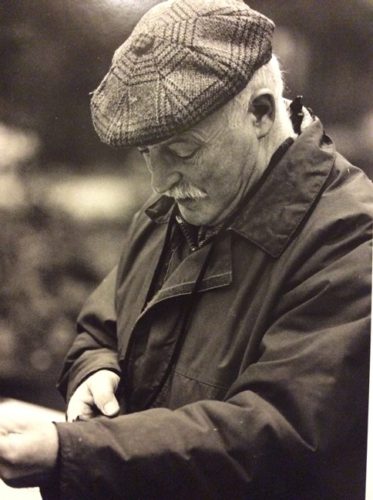 Norman attended the Sefton Saturday afternoon club runs from West Derby Village Hall where he met and was impressed by the Sefton club captain Bert Searle, who went on to guide Norman during his first few years in competitive running. Norman would relate the story of how all new members were invited to shake the hand of the 1900 double Olympic champion Jack Rimmer.

Norman was a keen cross country and road runner regularly turning out and scoring in the Sefton teams during 1950s and 60s. He ran a number of marathons, achieving a best time of 2 hours 37 minutes He also once took part in the Liverpool to Blackpool ultra marathon and finished in a commendable third place with a time of 5 hours 45 minutes.

In the early 1960s, Norman succeeded Bert as club captain and with the support of athletes such as Brendan Deary, Steve Rodgers and John Balmer, Sefton enjoyed their best post-war years, however this lasted only a few years and by ‘1968’ Sefton were in the doldrums suffering from low numbers and being unable to field teams in local competition. However what Sefton lacked in numbers they more than made up for in drive and determination, and along with others Norman was at the front of an innovation of advertising for runners in the local press. This enterprise resulted in a number of new recruits who were to play a major part in the club’s future.

During the 1970s, Norman continued to turn out for the club whenever possible and even ran a couple of marathons during the twilight of his running career. Still as busy as ever in regards building the club spirit and identity by organising social events including the annual hot pot suppers which proved very popular. Norman, ably supported by his wife Mary, took over the production of the Sefton Harriers kit for a few years in the 1970s.

As Sefton Harriers approached their centenary in 1989 Norman undertook a number of roles including organising the centenary dinner which included contacting many members of the club both old and new. The dinner was a great success with Mike Turner being the guest speaker. Norman’s most daunting and massive undertaking during the 1988/89 period was to bring together a documentation of the club’s history, which he delivered on time and is perhaps his greatest legacy to Sefton Harriers. The book was published in the summer of 1989, it was entitled “Sefton Harriers A Centenary History 1889-1989” and proved extremely popular. The history not only documented the highs and lows of the club but more importantly it captured the character and sprit of Sefton Harriers especially in the post-war years.

In the early 1990s, Norman succeed Reg Vaughan as Sefton Harriers’ president, he was in office during what proved to be the most interesting and challenging time in the club’s history as we discussed, debated and finally voted to merge with Pembroke in 1995. Throughout this period Norman’s objectivity, clarity and vision kept the process on track, and helped lay the foundations of LPS.

An ongoing heart problem had curtailed Norman’s running activities by the 1980s although he was still able to get out on his bike regularly. A heart bypass operation was needed by 2008 and, ever the optimist, Norman got himself in the best shape possible for the surgery and reaped the benefits of a number of years of improved health and activity which saw him back on his bike once again.

Unfortunately, the last 12 months proved difficult and Norman was in hospital on a number of occasions. He was optimistic throughout his stay and praised the NHS and work of the staff at every opportunity

There were many other aspects to Norman’s life, including his music and his work as a carpenter but he was first and foremost a devoted family man. His long and successful marriage to Mary (they celebrated 50 years last July) was I believe his proudest achievement. The joy he generated when talking of his sons Peter and Russell and the delight his grandchildren brought to him was contagious, he even wrote songs for his grandchildren.

Norman Wilson, yours was a life well lived and it was my privilege to have known you. 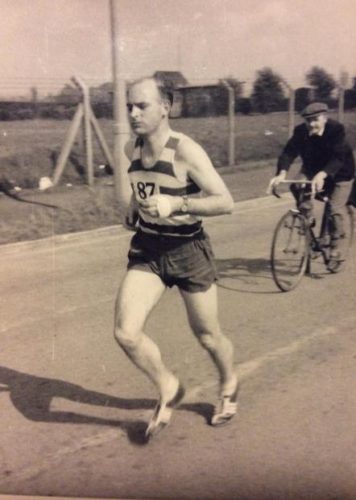 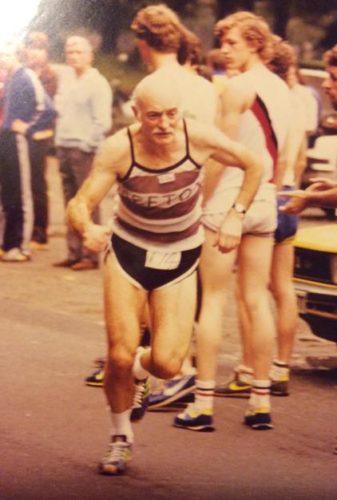