You are here: Home > Congratulations to Caroline Watkins

Congratulations to former Sefton Harrier Professor Caroline Watkins who was made a Dame in the New Years Honors List. Caroline was given the award a DBE (Dame of British Empire) for services to nursing and care – having spent 40 years caring and researching. Caroline is the only stroke care professor in the UK and is based in Preston at University of Central Lancashire. Earlier this year Caroline was recognised with a Special Recognition Life After Stroke Award by the Stroke Association for her contribution to improving the lives of stroke survivors through better stroke care and research.

Caroline (Sefton Harriers) is married to one of our club’s distance runners Kevin Usher (Pembroke Harriers &AC)  They married in 1997 the year after the merger of the clubs, however they had laid down their marriage plans pre 1996 so perhaps they set the ball rolling for LPS. 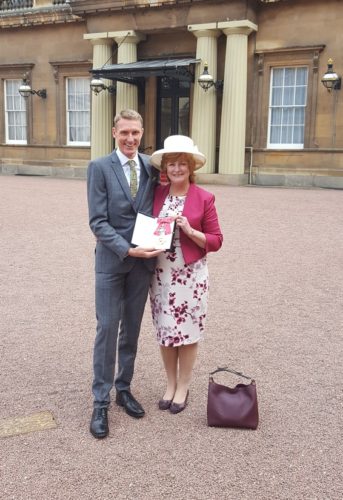