You are here: Home > Clare gets GB Masters Call

LPS runner, Clare Constable, has been selected to represent Great Britain at the forthcoming European Masters Championships which will take place in Aarhous, Denmark from July 29th- August 6th.

Clare competes in the veteran 45-50 age group. She is currently ranked 5th in the country at 400 metres and first in the 800 metres. She also hopes to compete in the 4x400m relay.

Clare is no stranger to competing for GB having first made her debut at junior level at the age of 15, again at U23 and as a senior in the 400 metre hurdles. In 1994 after finishing the year ranked 4th, Clare narrowly missed out on selection for the Commonwealth Games, at a time when a certain Sally Gunnell led the rankings.

The fact that Clare is competing again for GB, 31 years after she made her debut, is a testimony to her dedication and determination to maintain her fitness levels so that she can compete at the highest level.

Selection comes at a cost however, with Clare having to raise £1,000 to cover the cost of her week in Denmark. If anyone is involved in running their own company who would like to sponsor Clare or simply make a donation towards the cost, then it would be much appreciated. Please contact Wally Bridson (Club Secretary) at bridson_m@tiscali.co.uk 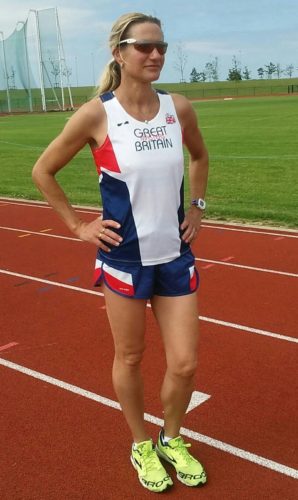