You are here: Home > Excellent run from Kirsty

The 2018 Simplyhealth Great Birmingham Run this year attracted over 7,000 runners. The 10K course took in the city centre and some of Birmingham’s icon landmarks including Edgbaston cricket ground and Cannon Hall park. The race had the added incentive of including an international race for veterans and an inter regional race.
LPS runner, Kirsty Longley (V40) had the distinction of not only representing the north of England, but also competing for England vets . Kirsty finished in 7th place overall in a time of 36.15. This put in her second place for the north of England and second English counter, beaten only by GB runner, Katrina Wooton.
Well done, Kirsty
Other senior athletes were also in action over the weekend with Helen Sahgal & Lisa Gawthorne both competing in the John West Liverpool Spring 5K, held in Sefton Park. Both runners are now in the veteran 35 class, but Helen finished 13th overall and first lady in a time of 19.06, while Lisa was not far behind in 19th place and second lady (20.12)
Both girls recently qualified to represent Great Britain in their age group in the world duathlon championships to be held in Denmark in July. 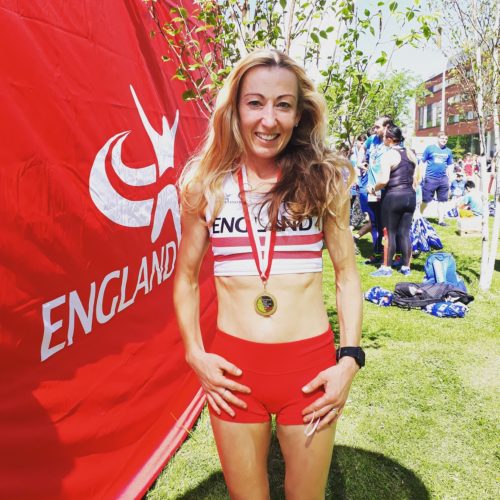