You are here: Home > County Champion at 54

LPS athletes were spread across 3 counties as this year’s Track & Field championships that took place at the weekend. Jenny Pyatt won the senior women’s discus event with a throw of 40.52 metres which not only broke the Cheshire record, but it maintained her sequence of winning the county discus title at various age groups for the last 8 years. 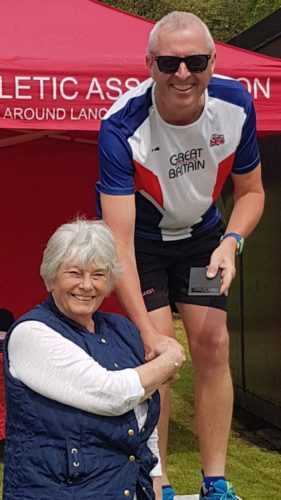 Lisa sets new PB at Walton Hall
Lisa Gawthorne continued her fine run of form with yet another pb on the roads this time over 5 miles at the Walton Hall Park 5 on 8th May. Her time of 31.37 was an improvement on her previous best at this distance by 29 seconds and was enough to see her finish 4th in a good class field. 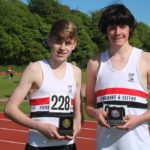 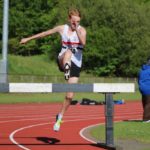 Adam Jones on route to Under 20 steeple chase title 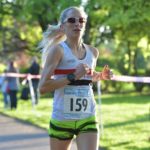