You are here: Home > Chris Marsden

I recently spent a couple of very enjoyable hours talking to Chris Marsden a member of Sefton Harriers successful road and cross country team of the mid to late 1950s. Chris who is now 87 still lives close to West Derby village, the home of Sefton Harriers from 1917 until the merger with Pembroke in 1996. 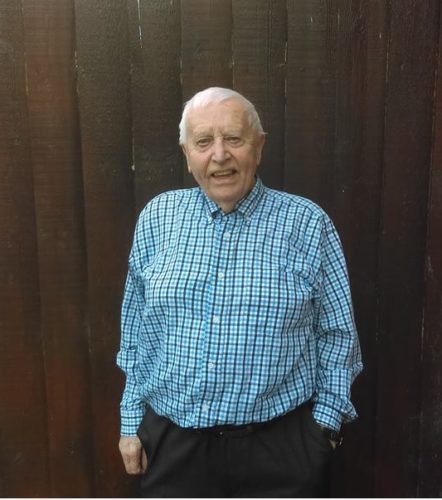 Chris joined Sefton in 1952 after completing his National Service in the Army, “I did some running during my time in the army and I wanted to continue when I got back home so I went to West Derby Village one Saturday afternoon and I introduced myself to the Sefton lads and joined them for a run. Bert Searle who was club captain at that time made me very welcome and introduced me to the other runners”. Later his young brother Albert was also to join Sefton and wear the famous black and white hoops.
Chris was to hold the office of club captain himself in the 1957 season and he also enjoyed a successful career on both road and country, running alongside the likes of Steve Rogers and Brendan Deary helped develop Chris from an also ran into one of the clubs top runners. He won a number of open events on the track and in handicap meetings having a handicap of 184 yard over a mile. He won the open one mile at the Cowley Girls school open meeting in 1956 and received a fine clock as a prize for his efforts, in those day the strict armature rules forbid anyone receiving a prize in excess of £7.00! Chris also tell proudly that he was the first man to run under 19 minutes on the then Sefton Christmas handicap course (3.75 miles) recording a time of 18.40.
It was interesting listening to Chris as he spoke of some of the great names of the past. He once gave Jack Rimmer (double Olympic champion in 1900) a lift back from West Derby to his home in Anfield and recalls Jack still has gas lamps in his home then. He also interestingly recalled how Jack Rimmer as President of the club had the casting vote at meeting that upheld Sefton’s then policy to exclude female members a policy which was to change some 20 years later.
Chris also had fond memories of many of the Pembroke lads, as they frequently run together, Sammy McIvor’s name brought a smile to Chris face and he recalled the names Kenny Gates and Arthur Price both good lads over road and country and Frank Wilson a top half miler. The irrepressible young Bertie Knowles was also a contemporary of Chris’s in the late 1950s.
We are lucky to have a club with such a rich history to draw upon. 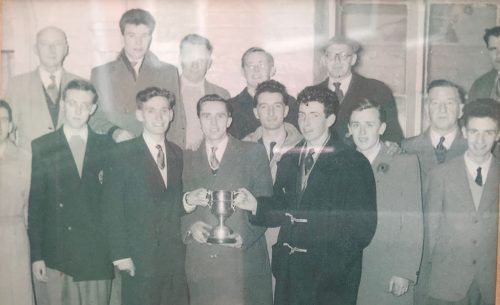