You are here: Home > LPS Flies the Flag at British Masters

Aintree’s famed racecourse grounds hosted a racing spectacle this weekend in the form of the British & Ireland Masters Cross Country, a selection only event bringing together the best veterans of the our isles for age-group racing over the hollowed turf which has previously created timeless sporting legends.

Kirsty Longley continued her superior recent form by leading from the gun in the ladies race with a confidence well earned and continually flourishing. There was some company at the front but heading into the last lap of three, the spectators witnessed a strong and determined athlete break clear of an expectantly impressive Irish and Scottish contingent to take the overall & V40 solo victories in 21:00 with the added plaudit of leading home a gold winning vet40 England team.

Club compatriots Debbie Campbell (23:57) and Lisa Gawthorne (24:00) also flew the English flag in their respective debuts at the masters level finishing strongly in 16th & 17th respectively in the V35 race, each with performances that should boost confidence of what can be achieved in the forthcoming winter season with great excitement.

Within the mens races, it was an opportunity for LPS’s re-emerging veteran Tony O’Brien to take solo centre stage, away from an LPS Mens team that may have kept his performances out of the direct headlines in recent months. With an eye on an English team medal and within an established field of runners that remained in intense competition from the get go, the measured and composed LPS athlete pushed on from a well paced first three laps climbing to fourth in the Vet45 race to finish in 26:12 earning a gold medal within the dominating English team.

The ‘flag flying four’ should be immensely proud of being invited to compete at this level and inturn, producing such impressive performances and memories to savour having competed alongside a wealth of European champions and commonwealth legends.

There was another club plaudit offered away from the excitement on the course as the supporting numbers and volume of LPS members was commended continually by the hosts again highlighting the growing unity within the club especially within its senior ranks.

But there was more…

Following the Masters competitions was the opportunity to run the course in an open race. Chris Pedder (34:05) came home third in the V60 category closely followed by Andrew Conway (36:02) taking 5th in the Vet50 category.

The next edition will be hosted in Dublin in 2020. 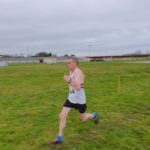 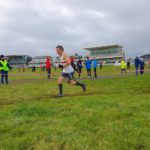 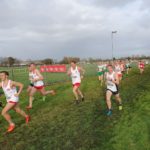 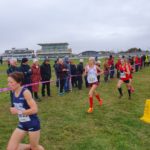 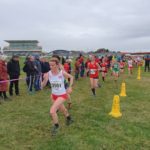 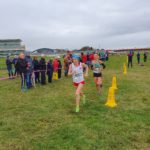 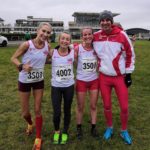