You are here: Home > Ribble Valley 10k including North of England 10k Championships

It was a dark and early start to get to Clitheroe for the much anticipated Ribble Valley 10k. The entry field included at least 4 Olympians, runners who had run in the Diamond League, European and World cross country championships, a British Marathon champion …. and a snowman. 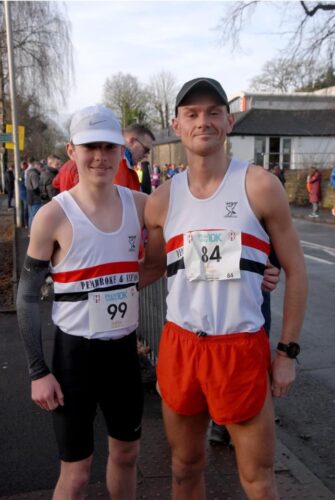 LPS were well represented by Mark Bleasdale (Coach) Luke Edwards, Se Loughlin, Joe Niven, Mark Wynne, Thomas Harkin and Chloe Leather.  Luke and Se having only ever run one 10k before needed to get used to the intensity and pace fairly quickly as with the level of athletes competing, there was no respite during the race.

A bit of jostling / manoeuvring at the start saw our athletes pushed down the field at little however they soon made up the pace and were comfortable, so comfortable that Luke and Se ended up as pacers for double Olympian Laura Weightman.

From an early start the eventual winner, Jonny Mellor took on the race and created a bit of distance between him, Joshua Griffiths and the following pack.   A number of our athletes were in the top end of that following pack with some very credible finishes.  Luke Edwards finishing ahead of Olympian Jessica Piasecki in a personal best time of 31:34 with Se Loughlin, who finished a few seconds behind him with his personal best time of 31:38, just ahead of Olympian Laura Weightman meaning he finished 6th overall in the junior male category.

Joe Niven started strongly and was just ahead of Luke & Se but pulled up during the race, fortunately he’s ok.  Mark Wynne yet again produced a steady and consistent performance to finish 7th overall in the V45 category in 35:16.  Thomas Harkin also running strongly completed the course in 37:15 placing him 17th overall in the V45 age group.

Our sole female competitor was Chloe Leather, who finished in her personal best time of 38:26 making her 23rd female overall. Chloe finished comfortably with a little distance between her and the next runner.

I’ll put more photos on the facebook page but should you want to watch the race, you can see the recording of the live stream here https://fb.watch/a9PguS7Ydz/

Well done to everyone! 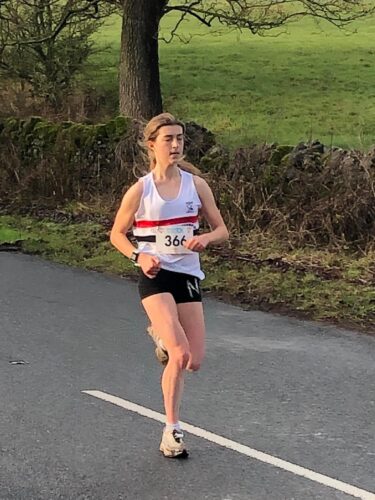