It was a good day at Leigh for the cross country, where we had 13 runners competing across all the age ranges from U11 to Seniors.

The day started particularly positively as the cafe was open early and served up a tremendous portion of pie and peas at  molten lava temperature, which stood us in good stead for the bitterly cold afternoon.

First up was William Roberts in the U11 boys race over 2km. William, who is only just 10 and not even at “big school” more than held his own to finish in 11th place with a grandstand finish his eldest brother would have been proud of. 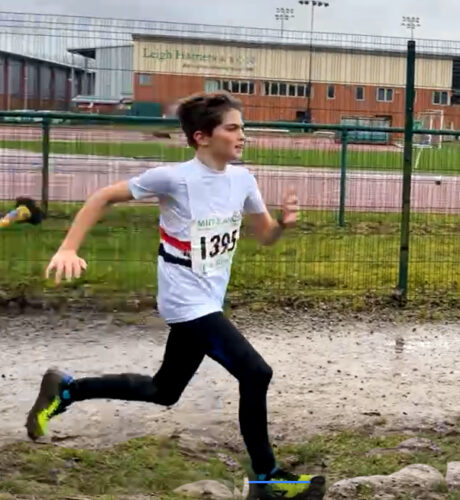 Andrew Wilson and Tom Henderson represented our U13 boys, both of whom producing really strong performances. Andrew in his 1st race for the club finished well in 21st place after putting over 15 seconds od daylight between him and the next competitor. There’s a short video link here to part of the race which included our U15 girls.

Our U15 girls team continue to impress and finished in 2nd place as a team.  Erin Frost finishing superbly in 3rd place with Sarah and Anna Yates also well placed in 7th and 12th places. The grit shown by Anna to take a couple of places at the end (2:06 into the video here) demonstrated the determination these young athletes have. 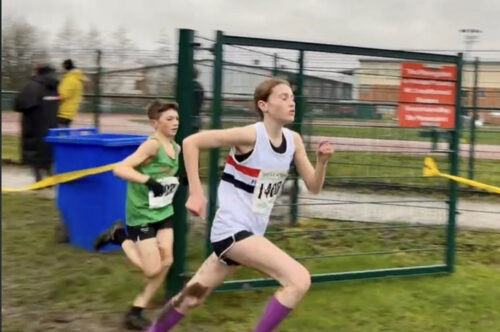 In the following u15 boys race our 3 competitors, Myles Fraser , Isaac Dickinson and Toby Farrer all had good performances meaning the team finished in 3rd place overall.  A super performance when you consider Myles finished in 2nd place after being sent 50 metres the wrong way whilst he was leading.  The finish illustrated great character.

Representing our U17 boys were the ever improving James Read, who looked confident and strong throughout to finish 7th overall and  Oliver Farrer doing well and finishing in 15th. 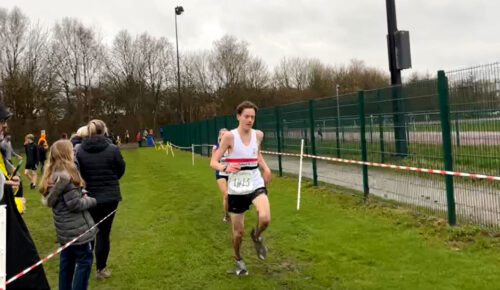 The final race of the day saw Jake Dickinson and Jarred Nicholls line up for a gruelling 10k alongside our colleague Ben Kirkman from Edge Hill, who was running for his home club Rossendale.

As the the wind and rain started again Jake finished 4th U20 men and 21st including seniors with Jarred shortly behind in 7th U20 (51st over all).

Another set of good performances by the athletes, whose agility was matched by coach, Paul Bousfield, who was last seen chasing the tent that blew away at the end, 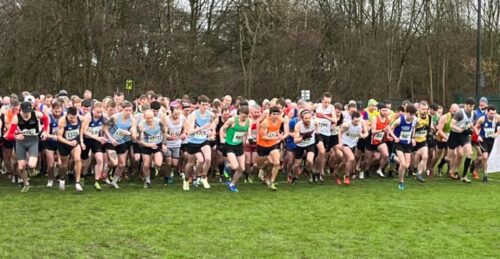 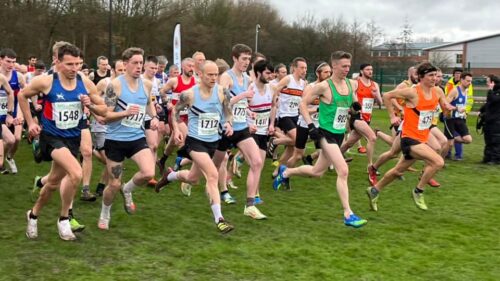