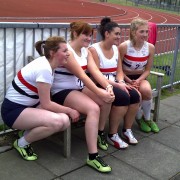 Six clubs in the Northern T & F League assembled in the Isle of Man for the first of the seasons` matches. Clearly most clubs had treated this seriously and some had gone to extraordinary lengths to be there. Sadly LPS was an exception with a depleted squad and late withdrawals. However, those that made […]