You are here: Home > Dave McComb Snr: A delightful and irrepressible character.

Dave McComb Snr (76), father of club coach Dave McComb, has died of a heart attack. A sports fanatic he came into athletics largely via his son and quickly became part of the scene as a very astute coach, particularly the Pole Vault, and as a field event official. He will be mainly remembered though as an announcer at track and field meetings. His easy conversational style and dry wit endeared him to many. He always saw the fun side of things. Although originally from the Pembroke era he nevertheless continued his support following our merger in 1995. There are so many of memories of this vastly entertaining and larger than life figure. When the new track opened in the Isle of Man the club was one of those that took part in the opening meeting. There are countless anecdotes regarding this occasion but in my mind is the long walk along the promenade at Douglas with Dave and two other members and the non stop banter and laughter engendered by this delightful character. As I write this I can still hear the wicked chuckle and visualise the expansive smile. Dave, you will be sorely missed and never forgotten.

Our thoughts go out to his wife, family and many friends. 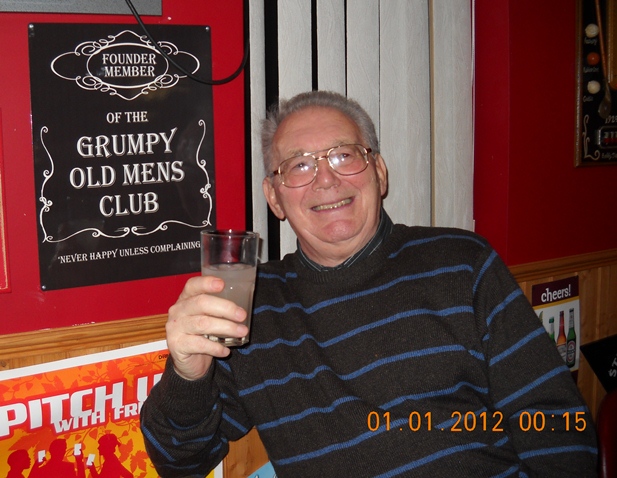 7 Responses to Dave McComb Snr: A delightful and irrepressible character.