You are here: Home > A hatful of medals at Bebington

A hatful of medals at Bebington

Liverpool Pembroke Sefton had a very successful day at the Merseyside Track and Field Championships at the Bebington Oval. In the field events the high jumpers glittered again with Under 13 Owen Southern taking the gold with 1.45m while his female counterparts Sadie McNulty and Bethany Milton occupied first and second with the same height of 1.30m. Hannah Wills equaled her pb of 1.40m to collect the silver in the under 17s event.  Kai Finch collected silver in the U15 event with 1.55m. Sadie also grabbed a bronze in the Long Jump with 3.89m. At U20 Dominic O`Hanlon had a good day with two silvers in the Triple Jump(11.37m) and Long 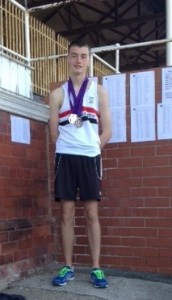 The club is enjoying a golden period in middle distance running. Joe Houghton claimed the U13 800m with 2.32.6 and Matt Richardson the U15 event with 2.10.3. Both looked impressive but even more was to come as U15 Daniel Slater took on a tough challenge from a Liverpool Harrier at 1500m but showed composure to power to victory in 4.23.2. U17 Rosie Johnson was in a class of her own at 1500m as she glided clear and was rewarded with one of the top times in the UK of 4.28.5. In the U20`s Warren Turner took silver with 4.23.4 while Jonathan Bride had a hard earned medal of similar hue for 800m(2.05.2).

The sprinters also got in on the act with the highly impressive Joe Milton storming well clear in the U17 400m in 51.8. Sean Bosman took the U20 title in 52.7. At 300m U15 Kofi Wheatley was second in 41.5 as did the emerging Fraser Jones in the U13 200m in 27.3. With a clutch of other athletes just missing out in fourth spots this was a highly satisfactory day for the club. Merseyside Results 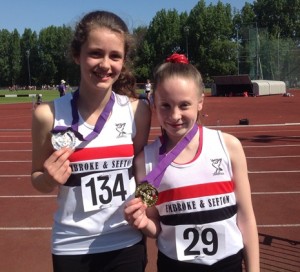