You are here: Home > Amelia tops the lot!

The England Athletics Under 20 and Under 23 Championships were at Bedford and three Liverpool Pembroke Sefton athletes made their mark. U20 Amelia McLaughlin took on some of the best in the country in the High Jump and showed some of her old confidence and flair in scaling 1.74m and collecting gold. She now looks forward to the English Schools Championships. The in-form 16 year old Rosie Johnson heads the UK U17 rankings at 800m with 2.08.5 and is third at 1500m with 4.23.40. Here she lined up for the U20 1500m with 15 other girls, a ridiculous number for a national championship. Naturally there was bumping and barging and it took Rosie some time to emerge from the pack. Nevertheless, she had plenty left in the tank and came home 4th in 4.24.93. This was doubly impressive as she was racing girls two and more years older than herself. A former English Schools Champion she too looks eagerly forward to the prestigious English Schools event. The other LPS athlete to make their mark was Toby Loveridge who finished 9th in the U23 5000m in 15.02.94. It was good to see him back in action. 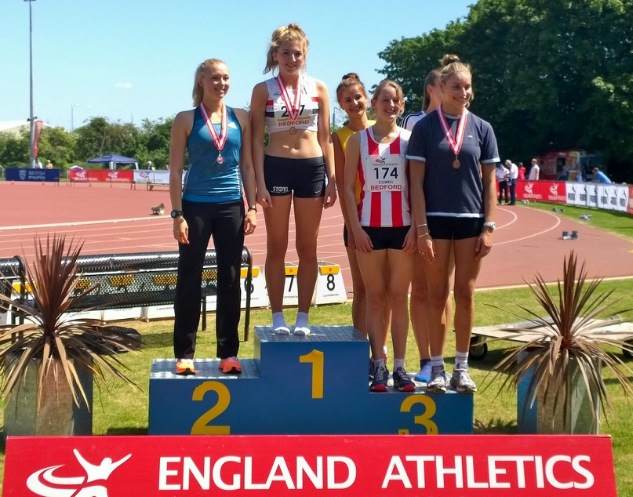