The Sainsbury British Athletic Championships and European Trials were again held at Birmingham. Michael Rimmer, who has described this season as `the toughest of my life’ lined up for the unprecedented prospect of taking the national title for the seventh time. After a controlled heat in  1.49.65 he went into the Final against tough opposition including arch rival Andrew Osagie (Harlow). A tactical race left Michael with the task of producing something special over the last 100m. This he did in style roaring to victory in 1.48.00. A stunning result.

Also at Birmingham Liverpool Pembroke Sefton`s Amelia McLaughlin, fresh from winning the Under 20 title, had received a late invitation to join the country`s senior best. She repeated her consistent 1.74m but this time for 8th spot. Still the experience will have proved invaluable.

Over in the more prosaic surroundings of Litherland the club were engaged in a Mid-Lancs League match. The club`s high jumpers were again in irrepressible mood, none more so than Owen Southern. The Under 13 cleared a majestic 1.53m, a personal best by some height but significantly a new club record. At U15 there were double winners in the shape of Kai Finch(1.55m) and Jade Murphy(1.50m). Senior, Billy Williams, soared over 1.75m to victory, as did an improving Hannah Wills who took the U17 event with 1.50m. Elsewhere there were PB`s for Scarlet Whitfield(1.25m) and Sadie McNulty(1.41m).

At U15 Daniel Slater was truly awesome as he ran completely solo in the 1500m and recorded 4.16.0, a time which takes him into the top ten in the UK. Robert Ward is an improving sprinter and his 5.04 long jump was eye-catching as was Conrad Chan`s 7.49m Shot Putt and Callum Hynd`s 27.75m Discus. Megan Barnsley impressed at the long Jump with 4.30m as did Lily McGuire with a respectable 8.06m in the Shot Putt.

Although other clubs looked more numerous on the ground LPS was scoring where it mattered and ran out both winners of the Male and Female matches. A good afternoon all round. 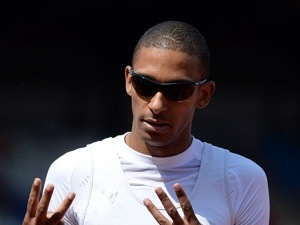 ← Amelia tops the lot!
Rosie on top of the rankings →