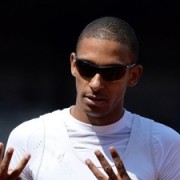 The Sainsbury British Athletic Championships and European Trials were again held at Birmingham. Michael Rimmer, who has described this season as `the toughest of my life’ lined up for the unprecedented prospect of taking the national title for the seventh time. After a controlled heat in  1.49.65 he went into the Final against tough opposition […]