While the athletic fraternity`s attention was focused on the European Championships it was business as usual for the next generation, especially those who opted into the Northern Under 15 and 17 Championships held at Wigan. Pride of place for Liverpool Pembroke Sefton athletes was Daniel Slater who took the Under 15 1500m title. In windy conditions he timed his finish immaculately finishing strongly in 4.22.71. Team mate Matthew Richardson was also in fine form in the 800m negotiating his heat in 2.12.96 and securing the bronze medal in the final with 2.13.69. Both athletes are coached by John McCarten who praised them for following his new training schedules faithfully.

The club`s high jumpers were also among the medals with U15 Jade Murphy on bronze with 1.50m and Hannah Wills(U17) also third with 1.45m. U15 Kai Finch on 1.55m just missed out on a medal in fourth spot. For the flat jumpers U15 Rob Ward was sixth in the long with a 4.89m leap and the improving Matthew Low(U17) fourth in the triple jump with 11.45m plus eighth in the long jump(5.41m). 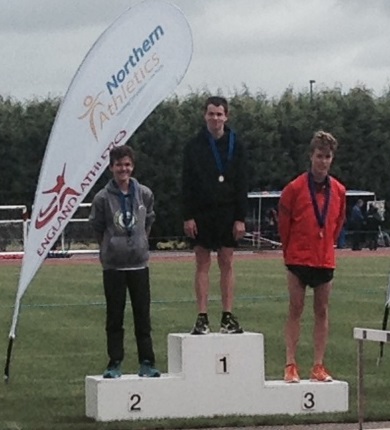 ← What next for Michael Rimmer?
Merseyside Grand Prix Final 2 Events →