You are here: Home > Great turn out for LPS senior men at Sefton Park

Great turn out for LPS senior men at Sefton Park

Sefton Park once again was the perfect scene for the Cross Country Challenge gathering incorporating the European Trials with the best in the country facing the Starter. For Liverpool Pembroke Sefton senior men the target was the Liverpool and District league match incorporated in the event. LPS had a bumper turn out with 16 completing the 6 mile race. Captain, Ian Roberts, led the club in the local battle finishing 15th. While this was to prove no worries for a dominant Liverpool Harriers the following pack of Sean Kirkbride(19), an inspirational Sammy Rashid(23), Stu Haw(26), Aaron Jarvis(30) and Kyle Nicholls(34) overpowered the rest of Merseyside to clinch second spot. With a strong back-up from Mark Wynne(35), Jonathan Bride(44), Peter Gaskell(45) the club looked in good shape. But there was more to come with Aaron Houseman(65), Chris Pedder(69), John Halson(75), Danny Gilbody(78), Rob Parkinson(84), Jeff Christie(104) and John Dobie(119). Team manager, Charles Gains, commented `This was one of the best turn-outs of our senior men in many years. But it was more than that. The packing was fantastic and the spirit was uplifting. All of those competing can and will improve. LPS is once again a force in local cross country running’. Sefton Park Results 2014v3 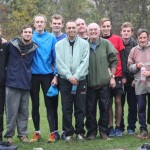 All smiles from the senior men at Sefton Park 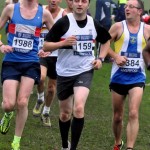 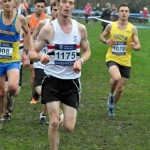 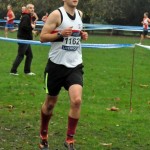 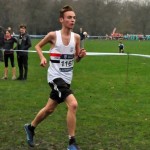 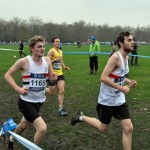 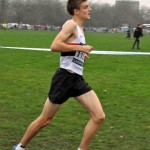 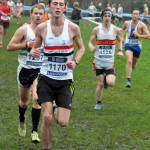