Daniel Slater, the in-form Liverpool Pembroke Sefton athlete, was faced with the choice of running in the major Cross Challenge races at Sefton Park or representing his school in the English Schools Cross Country Cup final in Newquay. His school loyalty won out and he made the trip to Newquay with his Sacred Heart, Crosby schoolmates. It turned out to be a momentous decision he will treasure all his life. The conditions for the Intermediate event were sunny and firm underfoot. He had company for the first two laps but on the final circuit drew away to eventually win comfortably. Coach, John McCarten, remarked, `School races mean so much to Dan. It is a joy too see him make so much progress. Other major championships follow after Christmas and he will be seen as the man to beat’. With Joe Deary(14), Matt Richardson(45) and Joe Gordon(67) the school eventually secured seventh in this highly prestigious competition.

Ormskirk School also made it to the final for the first time led by another LPS athlete Dan Jones(19). Together with Jack Dee-Ingham(33), Ryan Treanor(57) and Adam Jones(97) they ran out 12th team. This competition has traditionally been dominated by southern schools but the local ones can now hold their heads up high. 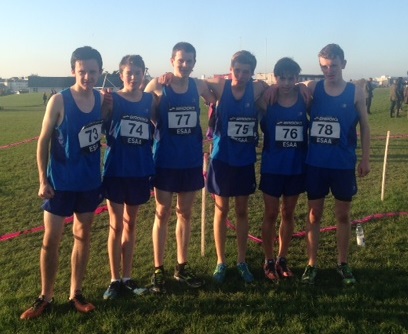