You are here: Home > Phil Spratt

We are saddened to report the sudden death of Phil Spratt on 10th January 2018 at the age of 84.

Phil was well know in running circles, he came into the sport during the running boom in the 1980s  joining Sefton Harriers and despite being in his mid 40s when he took up the sport he still achieved a number of good performances including a number of sub 3 hours marathons and one below 2.50. Phil was a popular club member supporting many club events and turning out in many local road races, he also acted as the club auditor a role he continued with LPS after the merger. Phil was also active in Northern Vets as a committee member for many years and was often seen at their events.

Phil was a frequent participant in local parkruns having run a total of 53 run from with a best time of 25.33 at the age of 75. 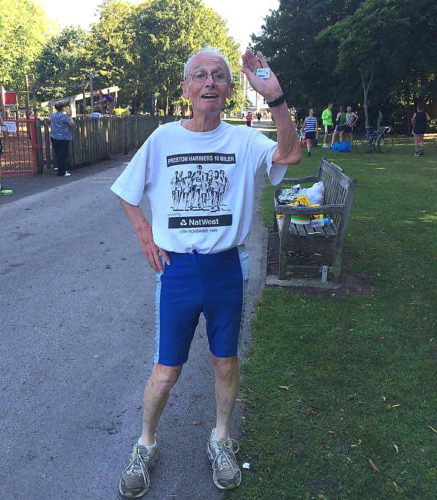