It was the idyllic setting of Harewood House outside Leeds that hosted this year’s Northern Cross Country Championships. Considering the amount of rainfall received in recent weeks, it was surprisingly dry underfoot. However, blustery conditions and a series of lengthy inclines made for a testing course for the athletes.
The possibility of medals was diminished when county champions Dan Slater & Kirsty Longley both withdrew through injury but there were 9 Liverpool Pembroke & Sefton athletes who made the journey across the Pennines, to compete against the best athletes the north could offer.
First up was 12 year old Kate Sutcliffe, the club’s only female runner on the day, Kate has grown in confidence as the season has progressed. She was pleased to finish in the top half of the field (138th) in what was her first major competition. The U17 men provided the most athletes with three taking part. They were well led by Ross Harrison who had the club’s best individual finish (27th) on the day. After a slow start, Tom Dickinson, made his way through the field to finish 41st, with Adam Jones not far behind in 47th place
There were 2 runners in the U15 Boys age group and there was another great run from Oliver Sutcliffe who finished 39th. Tom Corcoran, who is slowly getting fit, again, finished 72nd. Two senior men competed in the largest field of the day with 700 runners completing the course. Kyle Nicholls finished 270th and veteran Greg Callaghan 405th. This venue had the advantage of offering a 6K lap which the men had to complete twice.
The event was well organised by Northern Athletics, who are currently battling for survival due to funding cuts by England athletics. They are hopeful, that with the success of this event, that the National Championships will be held at the same venue in 2019.
Wally Bridson 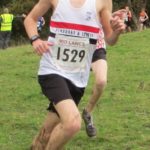 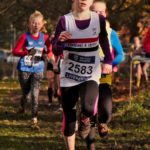 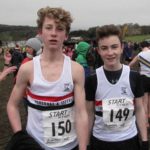 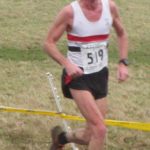