You are here: Home > Debbie wins at Ashurst Beacon

Debbie Campbell continued her good form with an emphatic victory in the Ashurst Beacon Hill Race on the 12th of January.

Finishing 24th in a classy field she was the second LPS athlete home. Only Ian Roberts in 6th place managing to get the better of her on this off road hilly course, the type which Debbie thrives on. Her winning margin of almost four minutes underlines her current form and indicates hopefully more to come from her in the coming months.

It was a good day all round for LPS at Ashurst with ten club members taking part in this popular event.  We also picked up a couple of category wins with Sam Car taking the under 23s prize, Chris Pedder taking the V/60 and the club picking up the team prize.

Thanks to Newbrough Nomads for another excellent event and for those who have yet to do one their races the next one is the Harrock Hill Race in May. 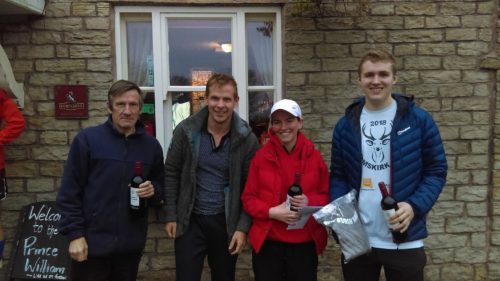