You are here: Home > Tiff toughs it out at Leeds

Tiff toughs it out at Leeds

The National Cross Country Championships rarely attracts media interest but is truly one of the never-to-be-missed events of the sporting calendar. Rotated around the country it came to rest in the grounds of the 250 year old Harewood House in Leeds. On a beautiful day the course was dry but with some tough demanding hills.

We start running out of superlatives in describing the performance of 19 year old Tiffany Penfold of the Liverpool Pembroke Sefton club. From a 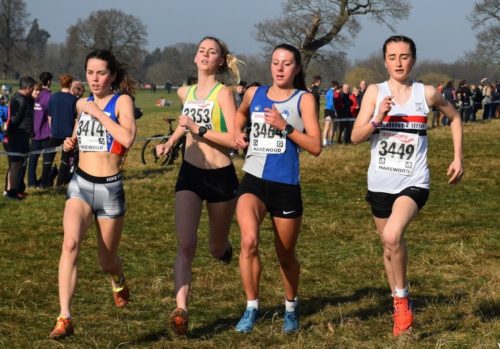 virtually unknown at the beginning of the season she has rocketed through to international recognition. She is now taken seriously by the athletic establishment. Running to instruction she dropped into an early 8th position just off the leading Junior Women group. When a gap appeared she closed it and gradually moved up. Amelia Quirk, Jessica Mitchell and Grace Brock were clearly determined to dominate the medals But Tiffany was relentlessly closing them down. Although clearly finishing faster at the end than this talented trio she just fell short of a medal. Fourth was still outstanding and further international selection looks on the cards for the Edge Hill University student.

This slightly overshadowed another magnificent performance by 42 year old Kirsty Longley in the Senior Women`s contest. Running strongly throughout she came home in a stunning 37th slot from a field of over 1000. Unsurprisingly it turned out that only one other woman in the country of comparable age could beat her. She is phenomenal in her quality and consistency.

Chris Maher is enjoying a great run of results and in the Senior Men`s race, in which over 2000 completed the demanding course, he captured 156th place. He simply gets better and better and now looks forward to representing Merseyside in the forthcoming Inter-counties event at Loughborough. In the same event Mark Wynne clearly suffered on the hills but his 374th was no mean position. Tucked away at 1343 was 60 year old Chris Pedder another who simply disregards age.

A star in the making is Ross Harrison who finished a very respectable 55th in the Junior Men`s race. At U17 Oliver Sutcliffe(123) and Tom Corcoran(124) were locked together probably with one eye on the pending English Schools Championships. Altogether a very good day for the LPS contingent who made the trip to Leeds. 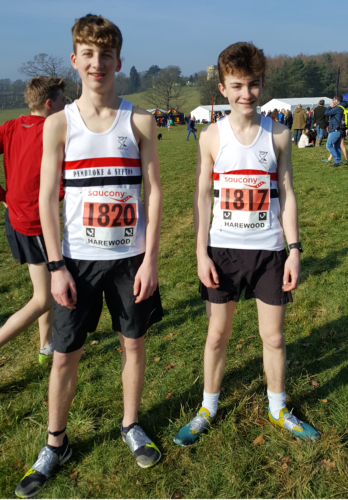