You are here: Home > English Schools at Leeds

For many the English Schools Cross Country Championships are the height of the season. This year they returned to Temple Newsham Park, Leeds, normally a picturesque setting but not helped on this occasion by high wind and driving rain.

For Lancashire Oliver Sutcliffe was 174 in the Inter race with Liam Blackwell on 204. Ross Harrison continues to run strongly and at Senior level was 78th with another quality performer. Harriet Foley was 226th in the parallel Womens event.

Vicky Runs new pb at windy Wigan 10 mile
On a windy Sunday morning Vicky Gilbody continued with her recent spell of good form by finishing second in the Wigan 10 mile. Vicky finished 29th overall in a new pb of 73.58. After a good cross country season this will be a promising start to the road season for Vicky. 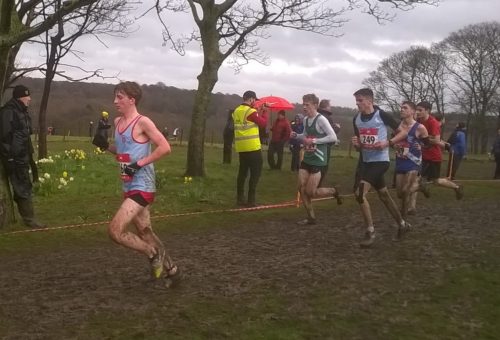