You are here: Home > Impressive performances by LPS women on the roads

Impressive performances by LPS women on the roads

The Tour of Tameside is a series of four events held on successive days over demanding courses. It consists of a Trail 10K, a `Hell on the Fell’ 6 miles, a `Hero Half Marathon’ and culminates in the Hyde 7 mile Road Race. Over 40 miles of tough competition, originally an idea of the legendary athlete Ron Hill, it is both demanding physically and mentally.
Liverpool Pembroke Sefton star, Kirsty Longley, has dominated the Women`s event in recent years and added a fifth victory to her impressive CV. She ran the Trail in 39.30, the Fell in 41.11. the Half Marathon in 1.25.32 and completed the Hyde 7 in 41.49. Apart from losing out narrowly in the hill event to a very talented athlete there was no other female in her class and she roared home over 40 minutes clear of her nearest rival, incidentally breaking her own record by nearly two minutes. Only five men edged in front of her. A truly stunning performance.

Elsewhere other members of the LPS training squad were collecting awards in abundance. In the British Masters 5K Road Championships on a hilly course Tony O`Brien finished 10th overall and his 16.21 was a bronze medal winning time in the Veteran Over 45 category. Lisa Gawthorne, continuing her great form, was third in the O35 race in 19.29.

At Port Sunlight there were further first places. Helen Sahgal in the 5K race was best in her age group with 19.07 while the rapidly improving Ella Jones won overall in an impressive 36.53. Joanna Durkin was fourth lady in 21.09. Not content with one prize Helen Sahgal doubled up in the 10K race running 41.04 for second slot.

The results are confirmation that the Edge Hill University based endurance squad under the stewardship of Mark Bleasdale is now one of the most potent forces in the North West.
Charles Gains 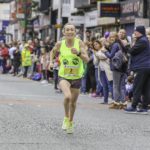 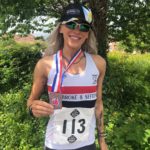 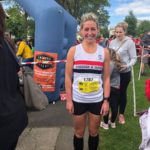 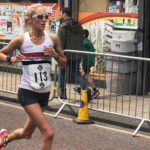 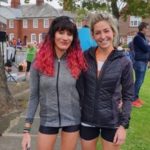 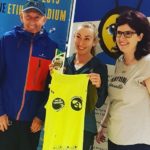