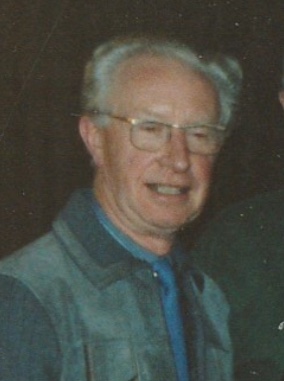 Darrell Gardner who died on 20th November 2021 was a much liked and respected member of Sefton Harriers for many years.

Originally form the London and a keen Arsenal supporter he did his national service in the RAF in the post war period of the late 1940s. It was during his national service that he met his future wife Shelia who was at a teachers training college. She later became a primary school teacher in White Hart Lane and a keen Spurs supporter. It is said opposites attract (albeit only football in this case) and they married in 1952 and had two sons Jeremy and Michael. Darrell was a keen sportsman from a young age and became member of Southgate Harriers being active in the club until he moved north in the 1970s.

However Darrell is probably be best remembered by Sefton Harriers for the ‘Darrell Gardner Beach Run’. This was an event Darrell first put on to celebrate his 50th birthday in 1978. It was a 14 mile out and back route along the shoreline from Formby to Southport Pier and back. It was supposed to be a one off but it proved so successful that it became an annual event in the Sefton fixture list. The Royal Insurance would turn out a team and compete against Sefton in a friendly rivalry each year then after the race we were invited back to Darrell’s to share the hospitality kindly provided by Shelia and Darrell.

In his later years after retirement Darrell devoted more of his time to his other passion his local church, acting as a lay minister often officiating at services until recently.

Darrell was a perfect fit for Sefton and we were grateful to have him as one of us.