You are here: Home > Dan Slater goes from strength to strength.

Another mature performance from Daniel Slater

The Under 15 Liverpool Pembroke Sefton athlete was at Bedford for the England Championships for many an intimidating prospect. He had, of course, experienced a succession of outstanding performances at 1500m but here he was stepping up to 3000m. With a highly successful Triathlon background, including a recent second spot in an Inter-Area match representing England, this was a distance he was comfortable with. A somewhat crowded field of 22 runners did not deter him and he immediately settled into the lead with the predictable `waiters’ in attendance. When the burst came Dan was ready and was able to match everybody but the talented Wrexham athlete Matthew Willis who got home ahead of him in 9.08.4 to Dan`s 9.10.18. Nevertheless a superb silver medal with the added bonus of a new club record shattering by 15 seconds a time that had stood since 1977. Another fine tribute to the collaboration forged with coach John McCarten. Also at Bedford Under 17 Morgan Greaves-Thomas dipped out in the semi final of the 200m but had recorded a terrific 22.72 in the heats. 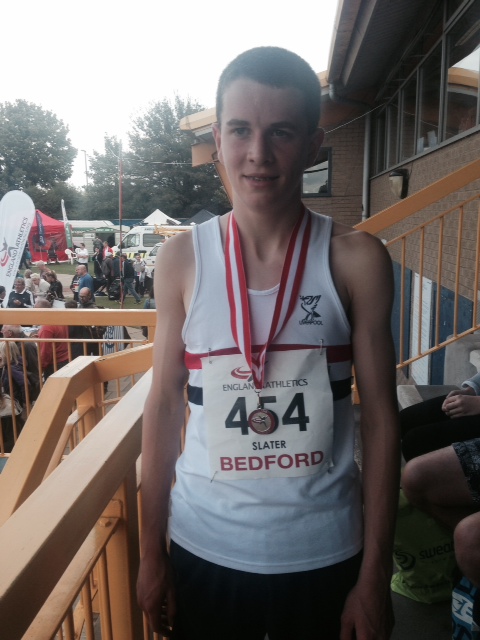