You are here: Home > Daniel on his way up

Daniel on his way up

Parliament Hill Fields, with a panoramic view of London much favoured by film producers, was the backdrop for the National Cross Country Championships. The best result for Liverpool Pembroke Sefton came in the shape of Ormskirk School pupil, Daniel Jones. Daniel was discovered running the Saturday morning Park Run at Edge Hill University. His transfer to the club and disciplined training under the watchful eye of coach, John McCarten has seen him improve  enormously and he was certainly not deterred by the big occasion. The Under 15 stayed well within sight of the leaders and was rewarded with 30th spot. He joins the ranks of talented athletes that have emerged from this group. Club mates Matt Richardson(106) and Adam Jones(224) were also there in support.

Under 17 Rosie Johnson was announced as one of the pre-race favourites but had one of those bad days at the office that happens to everybody. She ran out 65th with Charlotte Mawdsley on 184th. The club managed a team result though in the Junior Men finishing 10th with Kyle Nicholls(107), Alistair Nelson(125), Jonathan Bride(164) and Rob Parkinson(171). Sammy Rashid, also having a difficult day, finished 1205 in the huge field for the Senior Men.
Results

Some members opted for the Standish Trail Race over 6 miles. Kirsty Longley continued her winning ways finishing 22nd and both first individual female and Over 35. Lauren Wilson is also having some fine runs lately and here was 40th and second to Kirsty. Samantha Wade(73) was seventh among the women ensuring they took the team prize easily. Vicki Jones(81) was ninth in the category and not far away either, demonstrating LPS Ladies are a coming force. To cap a good day John Halson(24) was third in the O50’s but an even more delighted Robbie Wood(38) took the O/55 prize.
Results 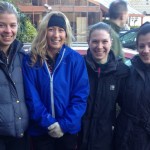 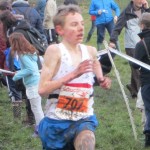 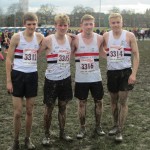