In the 2013 season Liverpool Pembroke Sefton sprinter, Joe Milton, was literally unbeaten scooping up every possible title at 300m. Unfortunately 2014 turned out to be something of a disappointment exacerbated by a succession of injuries but Joe relentlessly persisted. The dawn of a 2015 sees a re-vitalised Milton emerge. At the England Athletics Indoor Under 17Championships at Sheffield he eased through to the 400m final but knew he was up against the talented Chenna Okok of the Dacorum club, a tough competitor. Okok indeed led at the bell and things looked ominous for the trailing Milton but a huge surge carried him abreast of Chenna and a desperate lunge found them visually unsplittable. The camera, however, gave the verdict in thousands of a second to the Birkdale High school sixth-former. The time 49.70. It was, as coach Ray Twentyman remarked, a `big hearted’ performance. Team mate, Ed Latimer, failed to progress his heat but will be delighted with his 51.35 timing. 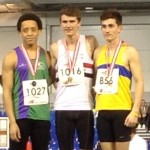 Things were blustery and the course undulating for the Port Sunlight 10K road race. Kirsty Longley predictably took the Women`s race in 38.05 to add to her burgeoning CV but the really outstanding performance came from Mark Wynne. He hung in with the leaders and a spirited finish carried him to second overall with an excellent 34.31 timing, his best performance ever. Danny Gilbody has also made startling progress and he will be more than delighted finishing 19th in 37.47. The day`s joy was complete when Lisa Gawthorne took second lady in the parallel 5K race with 19.16. Meanwhile at a slightly more distant location, the Tatton Park Multi-terrain 10K race, Lauren Wilson secured third female placing with 43.16. 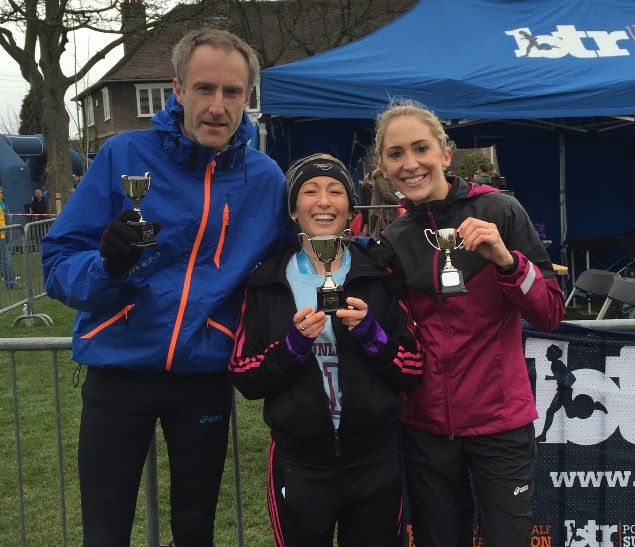