You are here: Home > Gordon Evans

Gordon Evans started his athletic career as a sprinter. The records are a bit thin and we can only presume he was a modest performer. However, he dearly loved the Pembroke club and for decades he would turn up to support. Gradually he drifted into officiating and with his great friend Duncan Brown became an indispensable Field Judging team for decades. They were enormously popular, not simply because they did the job superbly but they so obviously enjoyed it and this conveyed itself to both athletes and other officials. There was nothing pompous about these characters, Duncan with his acerbic one liners and Gordon with his droll rejoinders were the perfect foil for each other. Gordon had a great love of the crooners of the Frank Sinatra era and was quite capable of inserting a melodious bar or two of a well known classic into proceedings should they become tedious! He was a man of modest means but with a great heart. With Duncan`s passing things were never quite the same and gradually we sadly saw less of Gordon. Somewhere though there is a lengthy list of Pembroke characters of that same era whose gentle eccentricities will forever be recalled with great affection and respect. Gordon is surely one of these.

The funeral of Gordon Evans will take place on Monday 13th July at
Thornton Crematorium at 3.20pm 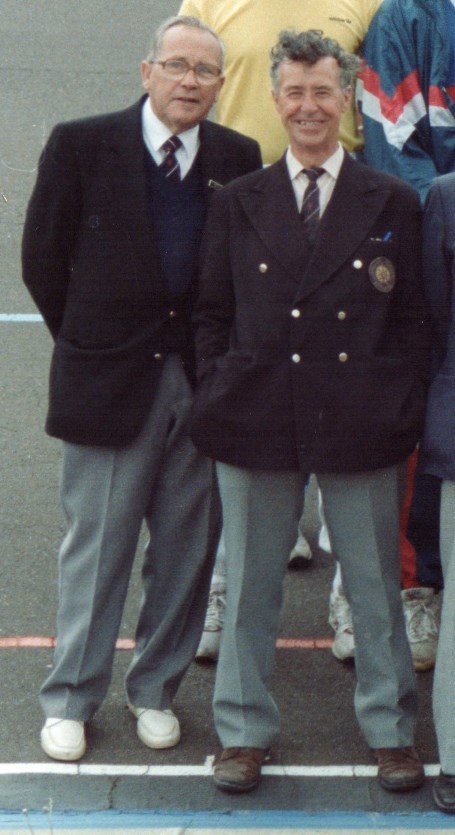 This photograph was taken at Kirkby in 1990 and show Gordon (right) with his good friend Duncan Brown both great servants of our club and the sport in general.