You are here: Home > A medal for courage?

A medal for courage?

Knowsley Safari Park, venue for the Northern Cross Country Championships, is a troubling terrain at the best of times but rain had churned up sections to challenge the hardiest. Liverpool Pembroke Sefton hopes rested on their Under 17 squad that already had piled up titles this season. The initial uphill charge saw the two Dans, Slater and Jones, breathing heavily down the necks of the leaders. Slater seemed to be comfortable and was always going to test the best. Dan Jones, on the other hand started to slip a bit and it was only later that the story unfolded that he was dehydrating. Slater, however, had detached himself along with a Wirral and Sheffield runner and the long run-in saw him having to settle for bronze. Meanwhile Dan Jones was having the battle of his life to stay on his feet as lesser talents passed him by. Nevertheless, he came home a hard earned 22nd. Adam Jones(31) and Ross Harrison(35) were having their moments of glory too and medals were on offer. An exciting count-back saw LPS(91pts) edged by City of Sheffield(78pts) but silver was a huge lift for the club and coaches, John McCarten and Mark Bleasdale. If there had been a medal for courage though that would surely have gone to Dan Jones.

The strength of the club was further evidenced by the strong support crew of Joe Gordon(77), James Metcalfe(102) and Joe Mulhall(120). The Boys Under 13`s failed to finish a counting squad but the promising Jake Dickinson was 86th with Nicholas Usher(186) and Jake Fereira(207). The U13 Girls fared rather better led by Faye Hannaway(106) and with Emily Williamson(133), Niamh Doyle(169), Olivia Morgan(183), Freya Wissett(185) and Ruth Usher(214) also in attendance. They were 21st team. Frustratingly both U15 teams were one short of a team. The improving Tom Dickinson(71) led the charge but a highlight was Joe Houghton(73) who should now be convinced he can run the country. Tom Hankin was a useful 84th which indicates this age group could do very well in the future with a little more strength in depth.  The Girls had Amelia Hitchmough(144), Helen Corlett(146) and Tasha Johnson(176).

Only two Senior Women toed the line but Helen Sahgal (41) had a terrific run and newcomer, Hilary Honeyball (75) also showed she has the temperament for the big time. Led by Richard Weeks(173) the Senior Men saw Mark Wynne on 214 and then a quartet of Chris Pedder(326), Danny Gilbody(363) Greg Callaghan(381)and John Dickinson(483) to complete at 30th team. Mark Hudson(538) and Andrew Conway(653) also survived the mud with credit. 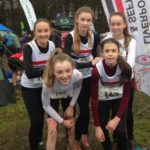 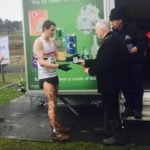 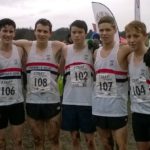