You are here: Home > LPS trio triumph at Christleton

Set in the picturesque Cheshire countryside, the Christleton 5K race has the reputation of being one of the fastest courses in the north west. It was no exception on Friday, when Kirsty Longley’s time of 17.02 not only broke the club record but it also put her top of the UK rankings for her over 40 age group. It will only be a matter of time before the 17 minute barrier is broken. With Lisa Gawthorne (18.50) also setting a pb and fellow GB duathlon, Helen Sahgal running 18.03, the
trio combined to take the women’s team award.
John Dobie still recovering from his Sandstone Trail race last weekend clocked 24.48 to finish as 3rd Vet70, Robbie Wood (20.15) paid the penalty for some distance cycling during the week but was still 5th Vet O60 and Bernie Murphy (17.13) with his first outing for some time finished 3rd  Vet O50

Meanwhile in Los Angeles on Thursday, Michael Rimmer ran his fastest 800m time of the year (1:48.33) before marginally improving it again on Sunday at the IAAF World Challenge Meeting in Kawasaki, Japan. This now puts Michael 8th in the UK rankings.
Wally Bridson 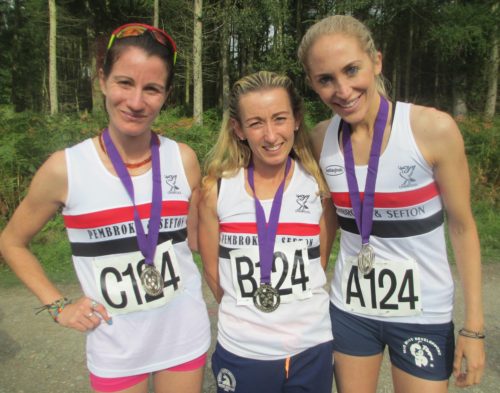