First up were the club’s under 11 teams and they turned out to be the most successful, with the boys winning the north west title. Led off by Jack Stanton his time of 6.06 min for the 1.6k circuit brought the club home in 4th place before Evan Williams (6.28) kept the momentum going, finishing 5th. However, the star of the team was undoubtedly Thomas Walsh whose run on the last leg not only brought the club home in first place, but his time of 5.39 min. was the fastest time of the day on any leg. The girls couldn’t match the boy’s success but the trio of Georgia Hurst (6.51), Amy English (7.02) & Hannah Williamson (7.19) did enough to claim the silver medal in the Lanc’s championships.

The U17 men’s team have progressed together through the different age groups and have always managed to find a winning formula and this time it was a silver medal (Lanc’s). Led off by Tom Dickinson on the 5.2K course his time of 19.43 min. brought the team home in 3rd place. Ross Harrison (19.21) improved this to 2nd on leg 2 and despite an excellent run (18.08) from Adam Jones he was unable to catch the runner from Preston Harriers who led from start to finish.

With the club being divided with some athletes eligible for Lancashire and others for Merseyside it was never going to be possible for LPS to put its strongest teams out on the day. This was evident with the senior men having one team in each county event. The ‘A’ team of Kevin Usher (22.35), Mark Wynne (24.28), Bernie Murphy (25.44) & Danny Gilbody (23.29) performed better finishing 3rd Merseyside club compared to their Lancashire counterparts of Luke Edwards (22.32), Jack Crook (24.27), 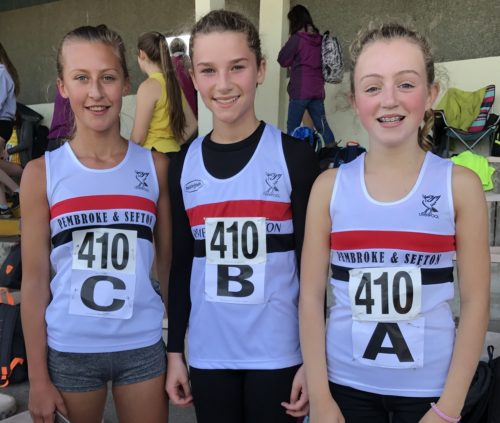 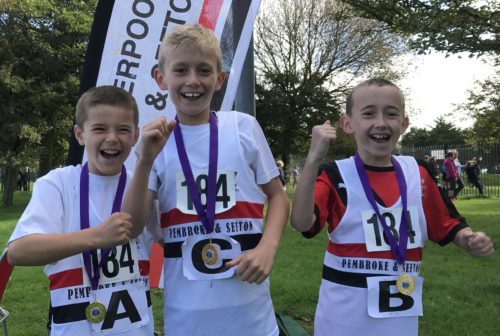 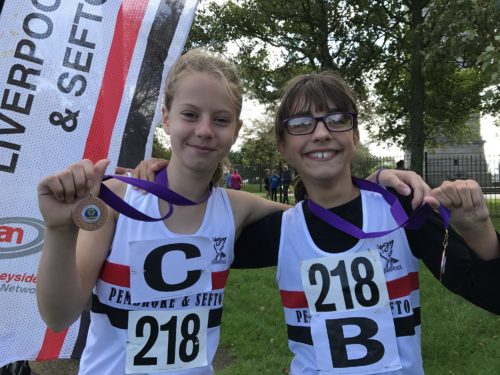