Dan Slater made it five in a row, when he won the senior boy’s title at Calderstones Park in this year’s Merseyside schools cross country championships. Dan has now claimed victory in all age groups since he started secondary school. Representing Sefton, he was a comfortable winner ahead of Joe Wigfield (Wirral), as he was in the county championships last month.
The junior boy’s team representing Sefton included Will Steele(16), Oscar Davidson(17), Gideon Lucas (18) & Stanley Benson(23) and they claimed bronze, as did the girls team which included Emily Williamson (21) & Faye Hannaway (24). Finally, Jenny Williamson (14) & Pheobe Lucas (25) helped Sefton schools claim bronze in the inter girls event.
Over at Witton Park, Blackburn, LPS athletes were split between representing West Lancs, Chorley & Ribble schools in the Lancashire championships. The club dominated the senior boys race with Dan Jones (2), brother Adam (5) & Tom Corlett (9) to claim the team title for W.Lanc’s. Ross Harrison had to settle for 3rd place running for South Ribble. Jake Dickinson had an excellent run in the junior boys race to take the bronze medal (Chorley), but was powerless to stop W.Lancs claiming the team bronze, thanks to Se Loughlin (17), Daniel Bond(19) & Mark Roberts (27). Oliver Sutcliffe had another fine run to finish 12th in the Inter boys category & although well supported by Fletcher Foster (16), West Lancs failed to finish a team. Tom Dickinson running for Chorley finished 11th in this event.
All competitors will now wait to see if they have done enough to be selected for their respective counties at this year’s English Schools Championships to be held in Leeds later this year.
Meanwhile at the Northern Indoor U15 Championships in Sheffield, Abigael Bamber broke her pb three times in reaching the final of the 60 metres where she finished 6th in 8.19 sec. She also set a pb in the 60m hurdles when she finished 8th in 9.79 sec. Martha Simms too, ran faster than she had ever done before clocking 8.53 sec. in her heat of the 60 metres, but it was not enough to get through to the final. Her leap of 4.51m was her best in the long jump. Grace Mitchell ran 8.89 sec in her heat of the 60m. 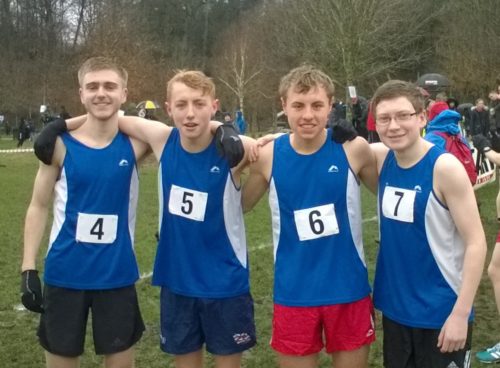 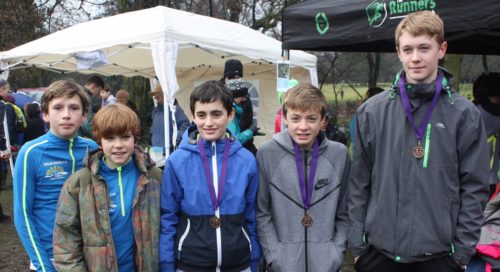 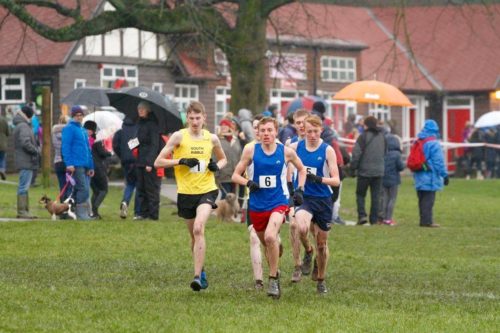