You are here: Home > Mark is the Main Man

Mark is the Main Man

Liverpool Pembroke & Sefton went into their final northern league match knowing their mid table position was precarious. First and second place was beyond them, but behind them three clubs were battling to avoid relegation.

Our thanks also go to the club’s officials on the day. Jamie Doolan as timekeeper, Charles Gains as track judge & the team of field judges of Karen Brown, Lesley Jackson, Emma Harrison, Rose Hutchinson & Nicola Swift who had a particularly demanding day with the pole vault event. One athlete, Marcus Bathie, competed for LPS for the last time. Marcus has been an invaluable club member especially for his performances in the hurdles. On Saturday he was 3rd (68.0) in the 400m hurdles & 5th in the ‘B’ 100 metres. We wish him well on his move to York

In the end, Blackpool pulled back from the brink and avoided relegation, leaving Liverpool Harriers & Manchester Harriers to be the clubs going down to division 3. Winners on the day were Team Isle of Man who brought their largest ever team over to compete. In clinching the league title they now go forward to the play-off final in a couple of weeks. We wish them well. 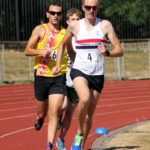 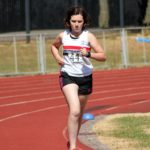 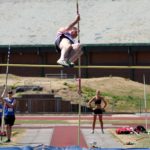 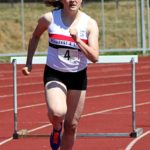 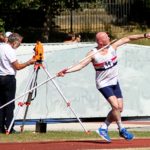