You are here: Home > Weather fails to dampen as LPS Storm at Seaside 10k

Weather fails to dampen as LPS Storm at Seaside 10k

Sunday saw a contingent of LPS athletes aiming to battle with some of the North’s finest runners at the ever damp and breezy seaside town of Southport. Chris Maher lead the team home with an excellent 33:07 taking fourth spot closely followed by Kirsty Longley who enhanced her reputation with a dominant 34:51 to take home the ladies 1st prize. Captain Mark Wynne was nearby with 34:52 to take 2nd in the vet40s closely followed by Luke Edwards with his first foray above 5km on the road and Stephen Lennon completing the senior team in 43:34.

Clearly inspired by the show of strength from her peers, it was the performance of Jenny Williamson that stole the show on her maiden 10k winning the under 20s competition in a time of 46:35 starting to show the form, consistency and confidence that coach Mark Bleasdale believes will push her up the age-group rankings in hot pursuit of the bar set by Tiffany Penfold last season. 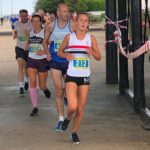 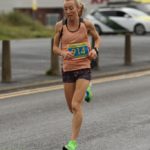 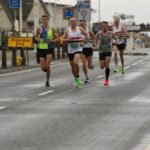 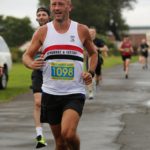